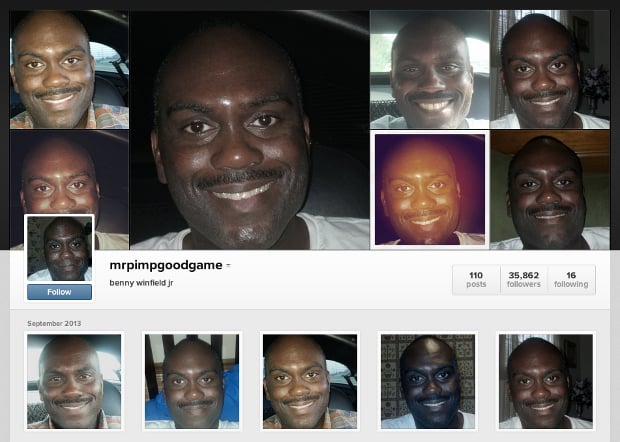 Benny Winfield Jr, perhaps better known as mrpimpgoodgame, has almost 36,000 followers on Instagram and plans to put his face on a T-Shirt that will likely sell pretty well if he does. What did the Huston, TX resident do to earn this kind of Internet fame and recognition? Why, he took selfies of course.

Winfield Jr.’s Instagram profile is proof that simplicity pays dividends on the Internet. If you visit @mrpimpgoodgame, you’ll find one thing and one thing only: selfies of Winfield giving you his signature smile. And yet, it worked.

“When I first looked at Instagram I didn’t see anything original,” Winfield said in an interview with BuzzFeed. “So I thought what if I just do this, just put out pictures of myself. You don’t see that regularly on Instagram.”

Of course, you might disagree with his assertion that selfies (or even people who only post selfies) aren’t common on Instagram, but you can’t argue with his results — he’s currently gaining a few hundred followers every few minutes. In fact, in the time it’s taken to write this post, he’s gone from under 36,000 followers to over 37,000.

And how did he do it? Besides simply being himself and doing something he felt was original/different, he tells would-be Instagram sensations that he strives to always interact with his fans and embrace criticism. 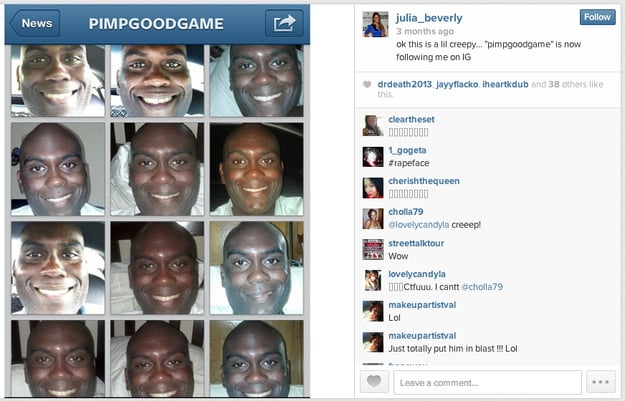 After all, it was criticism that put him on the road to Instagram stardom:

I was on Instagram for about a year and not getting much of a response, then Julia Beverly from Ozone Magazine noticed me and called me out, said something like ‘creepy ass, good game is following me.’

I didn’t like that very much at first, got into it a little bit with her on Twitter. Then I started getting thousands of requests to follow people on Instagram, and I realized what was going on and I thanked her.

Sure, this may be one of the more ridiculous stories we’ve ever featured, but there are a few lessons there if you look really closely. Embrace criticism, interact with your fans and be different are all good pieces of advice … whether your goal is to become an Instagram sensation, or just a successful photographer.