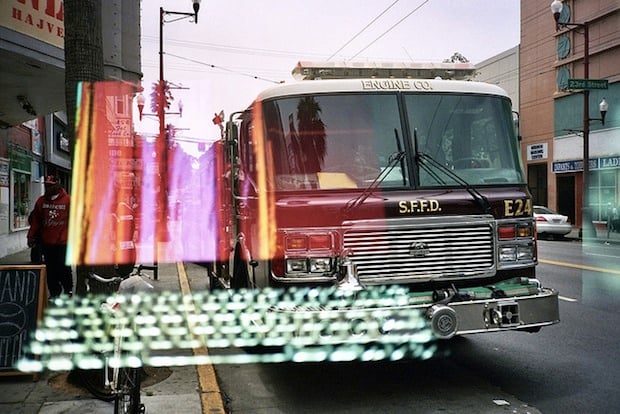 San Francisco-based photographer and self-proclaimed super nerd Doctor Popular — the same one that made this film canister valentines day card back in February — started off his photographic career with an iPhone. Unlike many photographers, he moved backwards, eventually purchasing a film camera “strictly out of curiosity” at a yard sale and shifting his focus more and more to film.

His most recent endeavor, Glitch Double Exposures, mixes the two worlds of digital and analog by combining street photos with photos of purposely glitched images into ethereal double exposures.

DocPop was inspired to create the series after browsing through fellow photographer David Pan’s “Virtual Swap” experiment. In that series, Pan creates double exposures by combing Photoshop masks and photos from his photographer friends.

For his series, DocPop did something a little different. He purposely glitched images on his computer by messing with them in a text editor, took out-of-focus photos of the glitches on his laptop screen, rewound the film, and then went out for a day of street photography in the Mission. 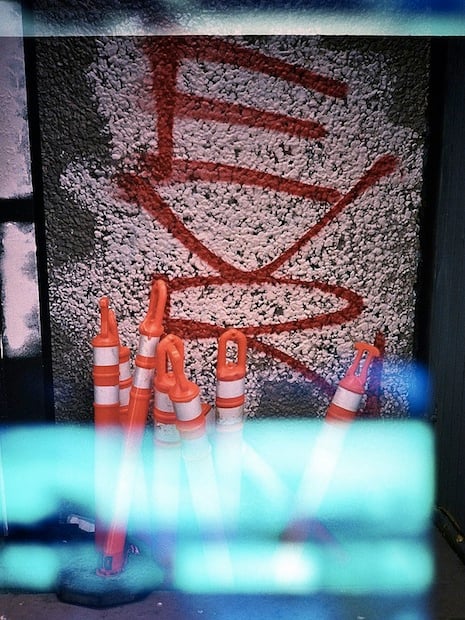 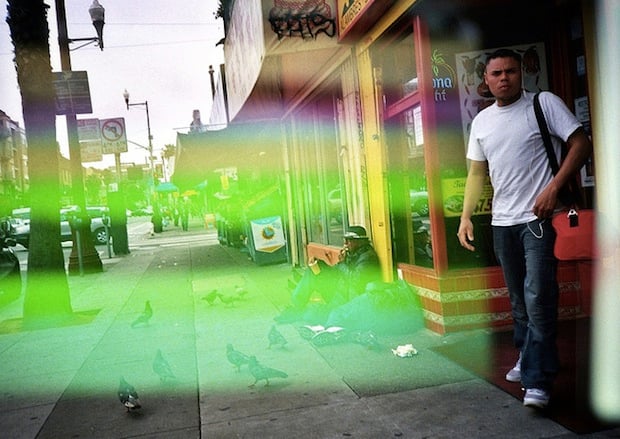 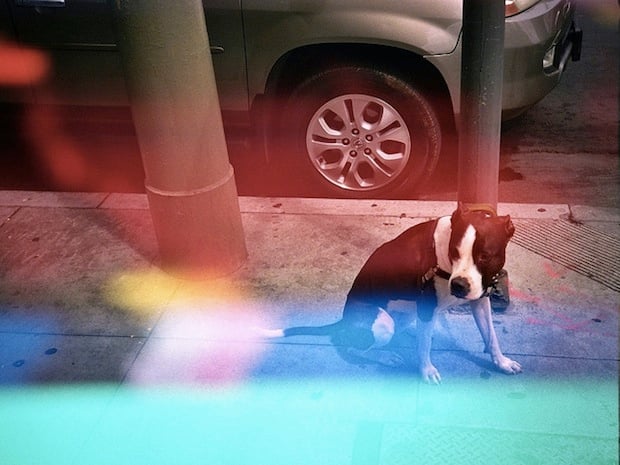 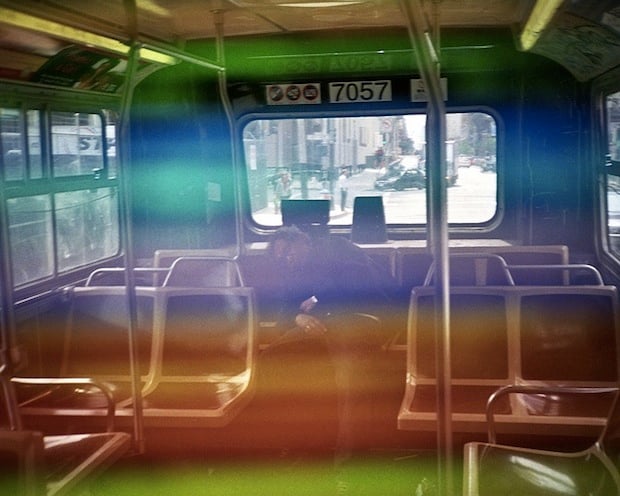 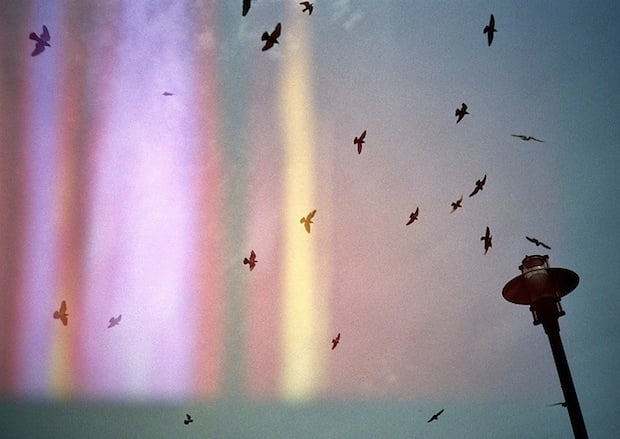 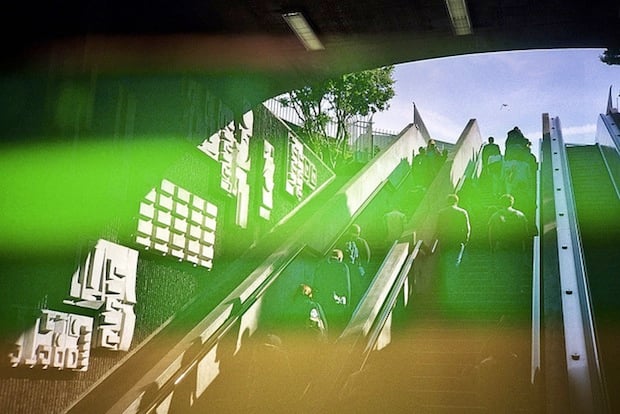 The photos were taken with his Ricoh TF-500 on some Lomography 400 ISO color film, and he’s pretty happy with the results. “What first looks like over-saturated light leaks, are actually out of focus shots of corrupted images,” writes DocPop. “Next time, I’ll use my LC-Wide and see what it looks like when the glitches are in focus.”

To see more from Doctor Popular, be sure to visit his website or head over to his Flickr photostream by clicking on the corresponding links.

High-Res DIY Film Scanner Made from a DSLR, Lumber and an Arduino