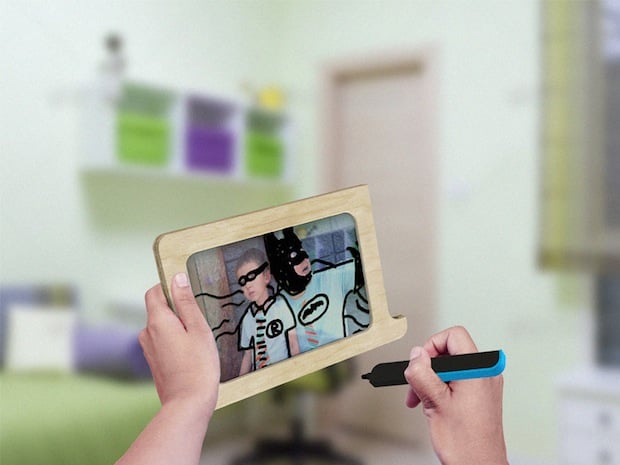 Typically, the only people who would take a marker to your pictures would be your kids when you’re not paying attention. But wouldn’t it be at least a little fun to pretend you were a kid again, take out a marker, and just go to town on a few of your photos?

Designer Brian Khouw obviously thinks so, which is why he came up with a concept picture frame dubbed the Vandalijst — a frame that actually encourages you to doodle on your photos.

There’s no need to worry, no harm will be done to the photos themselves. It’s actually the frame you’re drawing on using the attached whiteboard marker. And although you could probably do this with any frame — last we checked, dry-erase markers write on glass — this one is made specifically for that purpose. 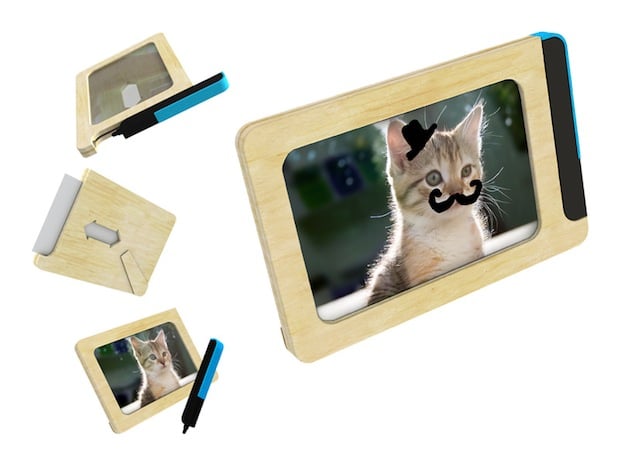 “Psychologists have studied vandalism for years. Boredom, peer pressure and revenge are often mentioned as reasons,” writes Khouw. “But it is often overlooked that the act of vandalism is sometimes just also fun to do!”

The quirky concept frame is supposed to let you tap into that fun. “Draw a monocle and hat on your uncle from England, draw your dad as a superhero, draw yourself on the moon with a space helmet, draw hearts on your secret crush, draw devil ears and a pitchfork on your mean teacher in the class photo, the possibilities are endless.”

Of course, being a concept product, there are no plans on bringing it to market. But it is an interesting/silly idea that might just have you reaching for the nearest picture frame and a dry erase marker. Just make sure it’s a dry erase marker … you wouldn’t wanna grab a permanent marker by accident.