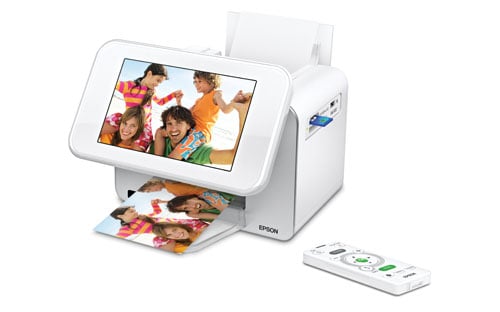 I’m not sure how the print quality stacks up against competitors, but Epson really needs to dream up a better design if the PictureMate Show wants to compete in the printer/frame hybrid game.

What’s the problem? It’s way too obvious that the PictureMate show is a printer, making it much less useful as a picture frame. To see what we mean, check out a couple of PictureMate’s competitors:

On the left is the iMo Foto Frame Printer, and on the right is the Sony DPP-F700, which will be released in 2010. As you can see, both these products do a much better job at hiding the fact that the picture frame is also a printer, making it much more useful as a picture frame. Again, we’re not talking about print quality or pricing at all. If you’re very concerned about print quality, then these hybrids aren’t the product for you anyway, and the prices are roughly in the same range ($200-$300). 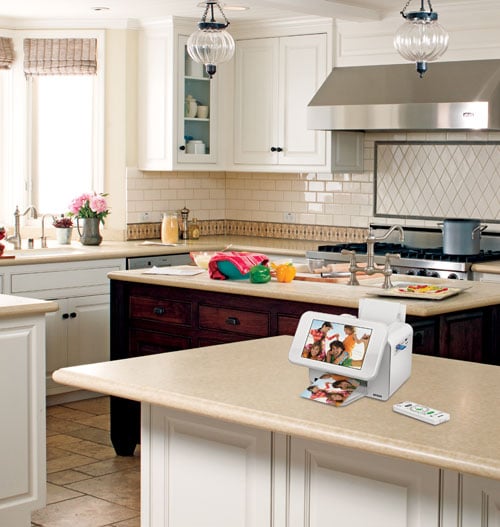 Hey printer, I see you! 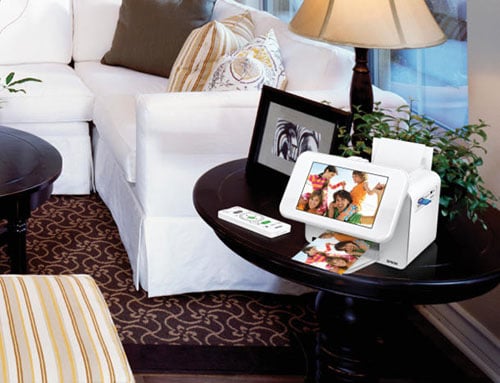 I’m not sure about you, but I wouldn’t choose to display photographs in my kitchen or living room for the price of having a printer in the same location.

I really like the concept that concept that Epson is striving towards in its PictureMate show. It just needs to be designed in a more visually appealing way. After all, framing photographs is for the purpose of nice presentation.

What are your thoughts on the PictureMate Show?