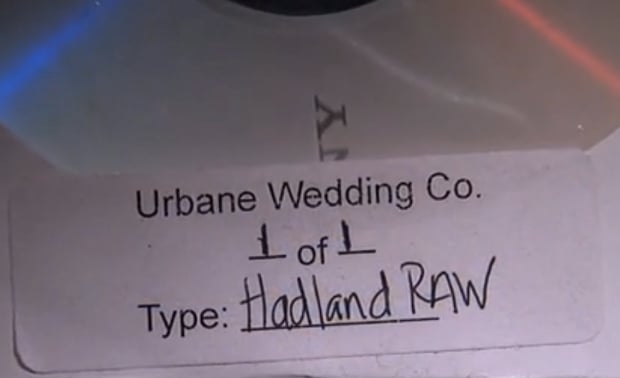 Those photographers in the wedding business know how strongly brides feel about the memories you’re capturing on that day. Imagine how they would feel if you photographed their wedding and then up and decided to close up shop, without so much as telling anybody or fulfilling any of your standing obligations.

It seems outrageous, but that’s exactly what one nation-wide wedding group did, taking with it 10TB worth of paid-for wedding videos that the brides and grooms may never see again.

The company in question is Urbane Wedding Company — or you might know them as Urbane Media Group, AZ Weddings Guys or CA Wedding Guys, among others — and according to Arizona’s 7 Action News, a couple of months ago the company pretty much “fell off the grid.”

The website went down, the phone number was disconnected and the office suddenly abandoned without paying rent. The only link left was a name: Chad Koerber, the owner of the company. When all roads ultimately led to a dead-end, the aforementioned news station ran a story about the upset brides and ask anyone affiliated with the former company to please at least drop off the video.

They wound up getting a bit more than they bargained for:

Two former freelance editors for the company did eventually came forward (asking not to be identified) and when they did, they brought with them 10TB worth of footage from all over the United States. Weddings captured in Michigan, California, Arizona and Florida — three full hard drives and a pile of DVDs that contained footage from some 170 weddings.

Now the story is on its way to a happy ending. Brides like Stefanie Kostewa of Phoenix, Arizona have had their memories restored to them and wept tears of joy in the process. But there are 169 other weddings to go. Some files contain only last names, some have dates attached, and a few are labeled with location as well.

That’s where you come in. If you or someone you know did business with Urbane Wedding Company under any of the names mentioned above and didn’t receive their wedding video, the news station might have it. Simply fill out this form and hopefully, they’ll be able to reunite you with the footage of your wedding.

If, on the other hand, you’ve been fortunate enough not to have experienced anything like this, take note. Be you a photographer or a bride-to-be, it’s always good to do some research about the companies you plan on doing business with … you never know when they might just disappear.

Thanks for sending in the tip, Roy!

Photojournalist Reveals His 4,425 Camera Collection, Breaks His Own World Record