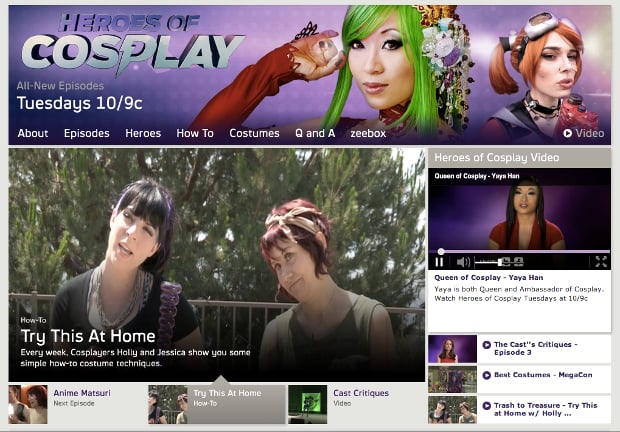 Earlier this month, the Syfy channel — which is owned by NBC Universal — debuted a new show called Heroes of Cosplay. The show pits nine big-time cosplayers against one another as they try to make a name for themselves in this world of fantasy costume play.

It’s a big show on a popular network that is backed by an even bigger company, so you can imagine how surprised photographer Bryan Humphrey was when he saw that the show has used his photos of some of these cosplayers without so much as asking permission or even notifying him — and forget about payment.

Here’s a look at what Heroes of Cosplay is all about:

The incident has led to a back and forth between NBC Universal and BGZ Studios — Humphrey’s “business advocate” — as they each try to get what they want. Namely, NBC would like to keep using the photos without paying a cent, while BGZ would like the almost $30,000 invoice they sent NBC paid in full.

Here’s a photo of that invoice: 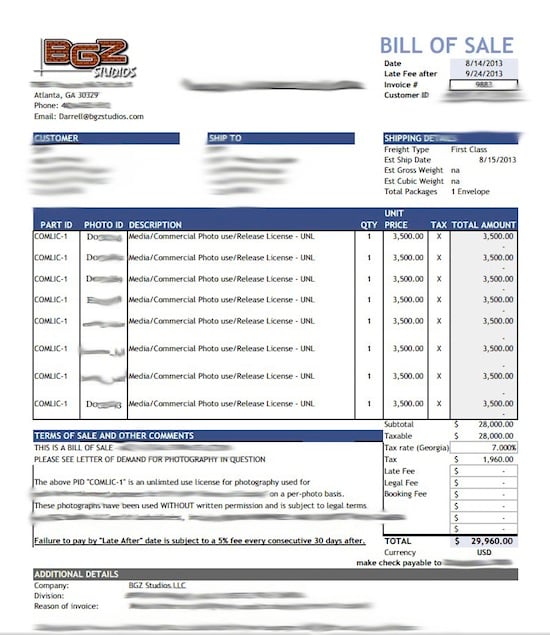 The invoice was sent via email to NBC Universal, alongside a letter detailing every instance of infringement, proving authorship, explaining the invoice and asking that the matter be settled out of court prior to September 24th, 2013.

Senior Production Counsel for NBC Universal, Robyn Aronson, called BGZ shortly thereafter, but the conversation didn’t go the way BGZ might have hoped. They were told that NBC had made a deal with the cosplayers, who claimed co-authorship of the photos and therefore had every right to license out the images as they pleased.

That call was followed by an e-mail that said more or less the same thing, ending with the line “this is not intended to be a complete statement of facts relevant to this matter…” BGZ agrees with that last statement, while disagreeing with pretty much everything else NBC said.

Since then communication has ceased, but not before Syfy and NBC allegedly began accusing the cosplayers of wrongdoing, and threatening to compromise their careers.

BGZ sent out one more email before going public with the complaint, but NBC has kept silent. The studio has three lawyers all currently asking to represent them in this case, but BGZ is keeping them at bay until the September 24th “due date” comes and goes. After that, in their own words, “it is very likely this may go to litigation.”

To read more about the case and keep up as they post updates if and when NBC finally responds, head over to the BGZ blog by clicking here.

Reflections: Portraits of the Elderly Seeing Their Younger Selves

The Joys of Instant Photography