If you thought you had a problem with Gear Acquisition Syndrome (or GAS) think again, you’ve got nothing on Mumbai-based photojournalist Dilish Parekh. The Guinness Book World Record holder for the largest camera collection smashed his own record earlier this month when he revealed that he now owns 4,425 cameras.

If that sounds like a lot that’s because it is, but these aren’t just your standard Sony CyberShots or Nikon DSLRs, Parekh collects mostly antiques. By comparison, the 1,000+ camera collection that was auctioned off on eBay in February seems a bit meager now.

The whole obsession started when his father gave him his collection of 600 cameras, a collection Parekh has been adding to ever since. His previous record sat at 2,634, meaning that he’s acquired almost 2,000 new cameras since they last counted.

Truth be told, his collection has been this large for some time now, but Parekh admits he was waiting for World Photography Day on August 19th to reveal it. “Cameras are my life,” Parekh told dna. “I can’t stay without them.” 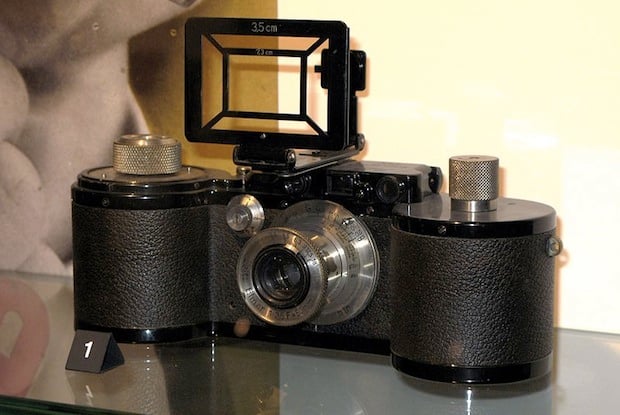 One of the jewels of his collection is the camera pictured above, a Leica 250 Reporter made in 1934. The camera is one of only 1,000 ever made, and can hold bulk film rolls that are almost 33 feet long — that’s 250 exposures per roll, hence the name.

Another impressive find among Parekh’s massive collection is his Bessa II, a camera made by German manufacturer Voigtlander back in 1962 that was such a status symbol in Japan, even Japanese royalty owned them.

So next time you think you’ve got problems with GAS, take heart. If you only own a few cameras, you would have to buy one new (or antique) camera per day for over 12 years to catch up to Parekh.