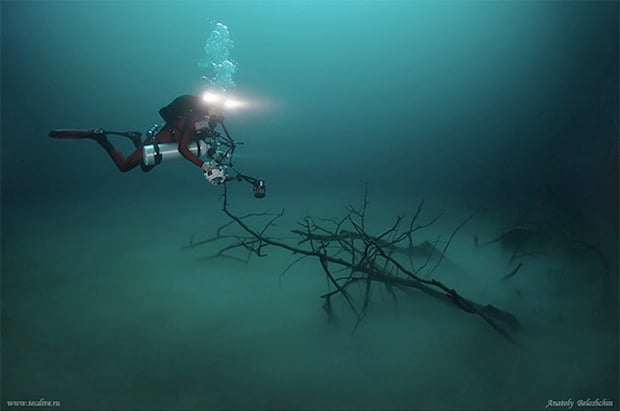 No, you didn’t read the title wrong. Although it might seem like a bit of a strange concept, there is such a thing as an “underwater river,” and Russian underwater photographer Anatoly Beloshchin actually got a chance to photograph this amazing phenomenon.

The “river” Beloshchin photographed is called Cenote Angelita (Spanish for “Little Angel”), and it’s located in Mexico’s Yucatan Peninsula. Inside an underwater sinkhole/cave called a cenote about 15 minutes south of Tulum, you’ll find this amazing river that flows underwater.

The phenomenon is made possible thanks to a three-foot thick layer of hydrogen sulfide that separates the 100-feet of freshwater at the top from the 100-feet of saltwater on the bottom. And the craziest part is that it looks just like an actual river.

You see banks, trees, mud and leaves strewn about in the same way you would at a normal river you might see flowing through the forest. And although Beloshchin and his buddies obviously had to be in full scuba gear to reach this particular river, they didn’t forget to bring their fishing gear: 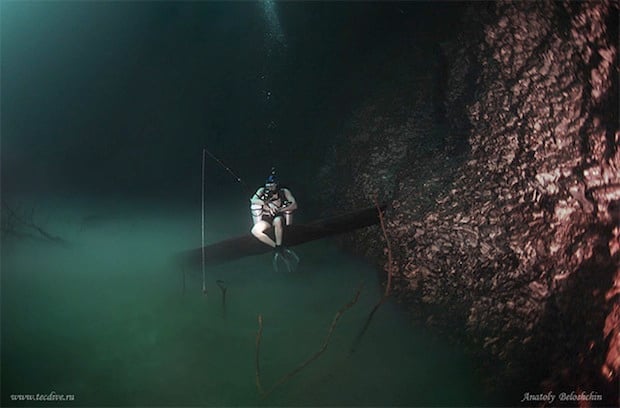 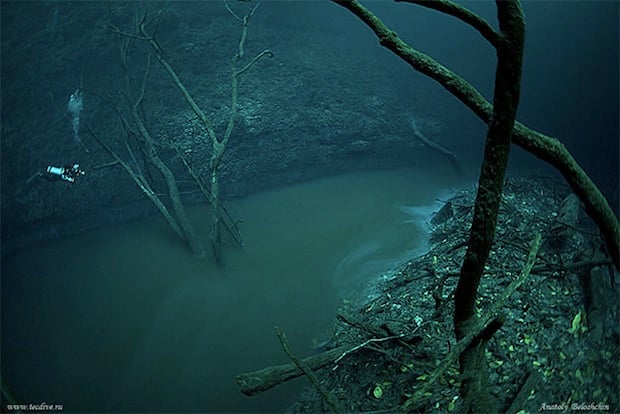 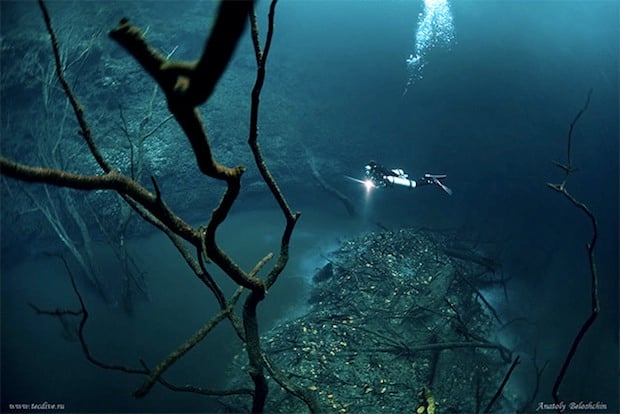 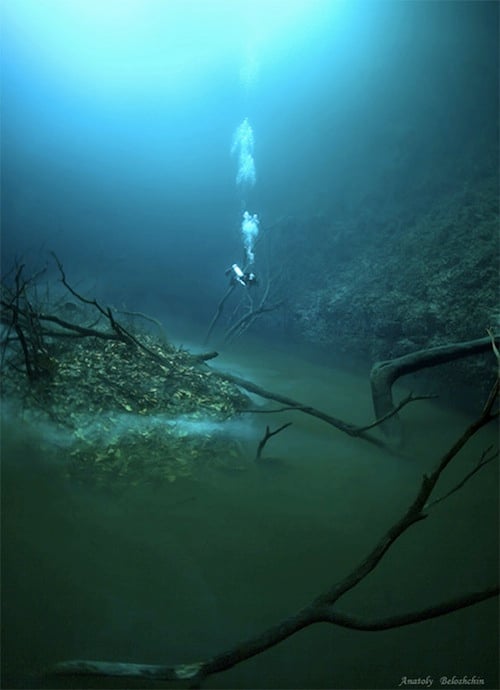 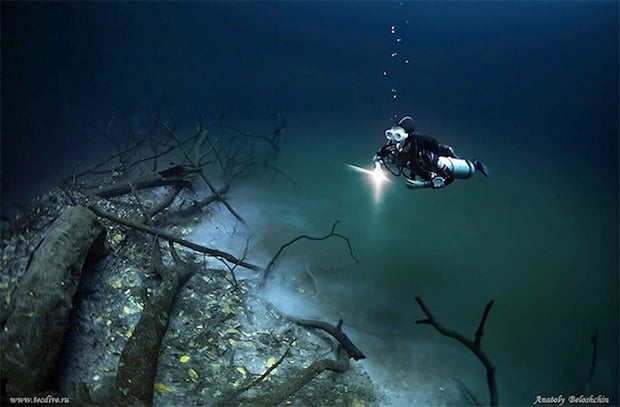 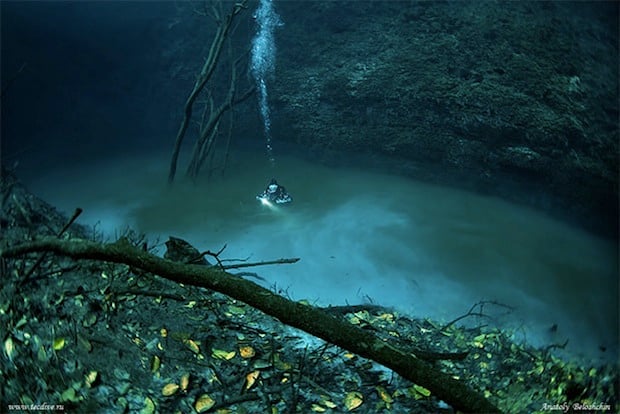 Maya Diving describes the exploring Cenote Angelita as “a diving adventure that you will never forget,” and we don’t think they’re exaggerating. Here’s a video that Beloshchin put together in case you favor 24-pictures per second to the 7 pictures above:

To see more of Beloshchin’s photography (both under and above water), be sure to head over to his website. And if this kind of underwater cave photography is particularly to your liking, you’ll want to pay special attention to his Underwater Caves series.

(via My Modern Met via Photojojo)

Image credits: Photographs by Anatoly Beloshchin and used with permission