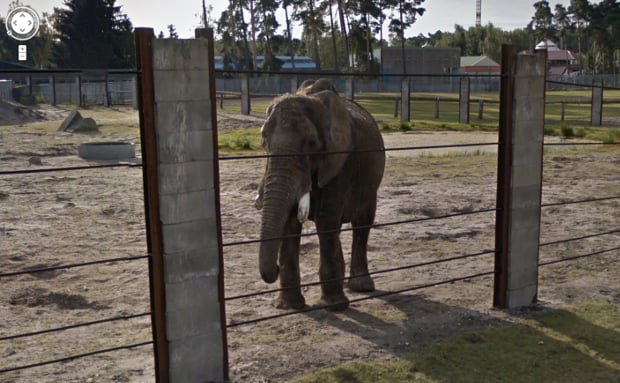 Google has made sure that the couch potato in all of us has ample opportunity to see the world by adding everything from the world’s tallest peaks to an extensive tour of the Grand Canyon to its Street View repertoire. But of course, that’s not to say the search giant is anywhere near done.

The company’s most recent update, which went live yesterday, added a long list of world-renowned zoos to the list, allowing users to skip the lines and see some lions, giraffes and pandas in their not-so-natural habitats.

The feature isn’t entirely new. Before yesterday’s update, you could already tour the Zoo Aquarium de Madrid and Parc Zoologic de Barcelona in Spain, La Ferme aux Crocodiles in France, Olmense Zoo in Belgium and Whipsnade Zoo in the UK.

But the update more than doubles that list by adding some pretty cool names to it. You can now visit the San Diego Zoo in California, the Zoo Safari Park Stukenbrock in Germany, the Taronga Zoo in Australia and many, many more.

Here’s a look at the polar bears at the Asahiyama Zoo in Japan:

And as you tour these zoos the world over, you’ll get a chance to spy exotic animals ranging from white tigers and lions, to orangutans and chimpanzees, to Asian elephants and kangaroos. In the case of the Tierpark Hagenbeck zoo in Germany — where they use large open spaces surrounded by moats instead of cages — you might even get to see a more natural side of the animals.

Street View Program Manager Deanna Yick made the announcement, and encourages you go get out there… if not literally then at the very least digitally vis Street View: “Get out there and take in the wildlife, or visit our latest gallery of zoo and animal park imagery on our new Views site,” says Yick. “Just remember, please don’t feed the animals!”

For a more comprehensive list of all the zoos now browsable by Street View, head over to the official announcement on Google’s Lat Long Blog.