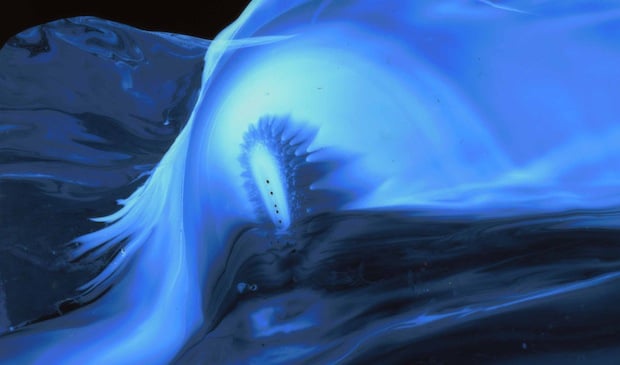 One day, while looking at a glass of water, photographer, artist and architect Moses Hacmon realized that he could really see it. He wondered what water really looked like, and in particular what it looked like when it moved.

One nanoparticle photographic technique later, and he had his answers in the form of a breathtaking photo series dubbed Faces of Water.

Faces of Water captures the movement of water using a liquid nanoparticle film he designed especially for this purpose. “In photography you have a silver based liquid on the paper and then you expose it to light,” Hacmon told us over email. “Here I keep a liquid layer of iron that registers the movement in the water first and then can be imprinted on any surface in any shape.”

Although he set out with the express goal of capturing water’s movement, not even he realized what he was about to create until the first image took shape. The images he was capturing were “a pure expression of the movement that happened in the water.” And although they might look microscopic, they’re real-scale images, some of which measure 3 x 4 feet.

Here’s a selection of photos from the project: 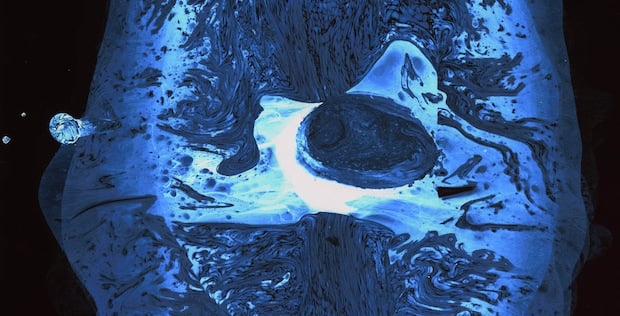 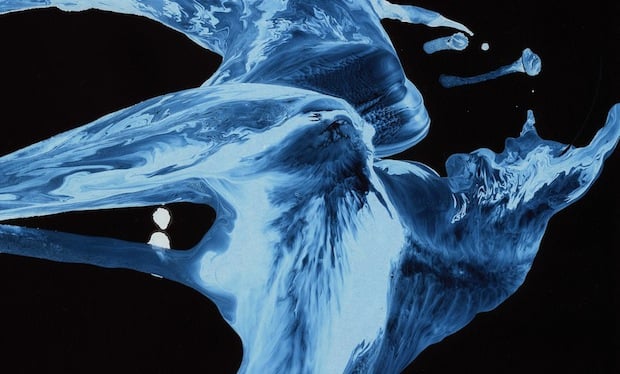 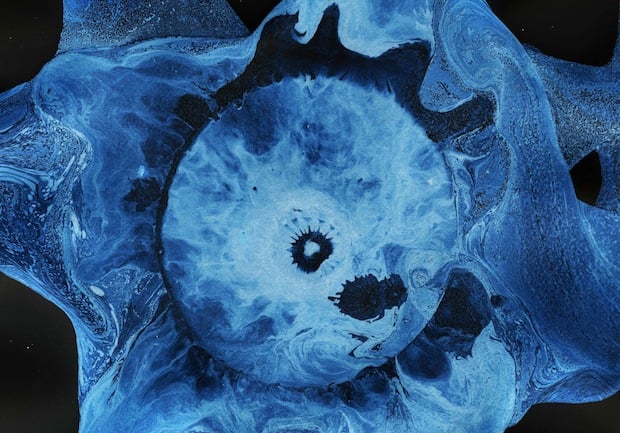 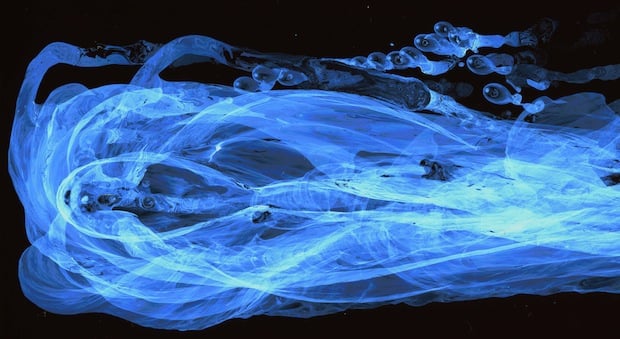 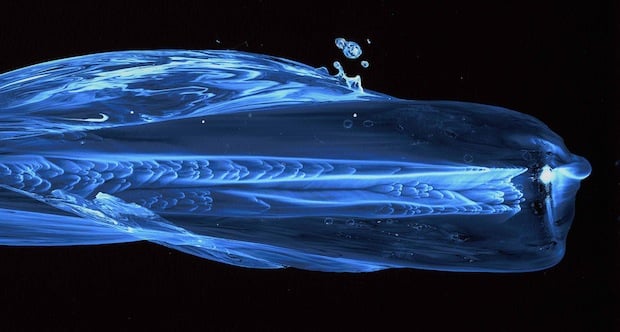 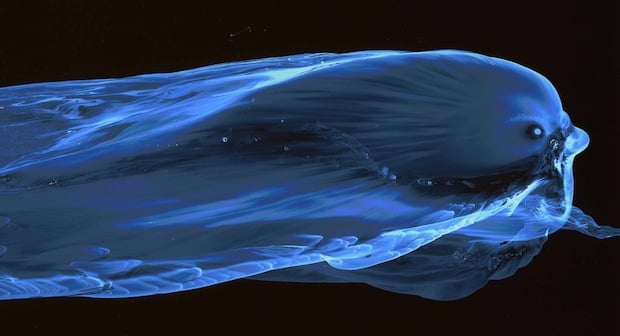 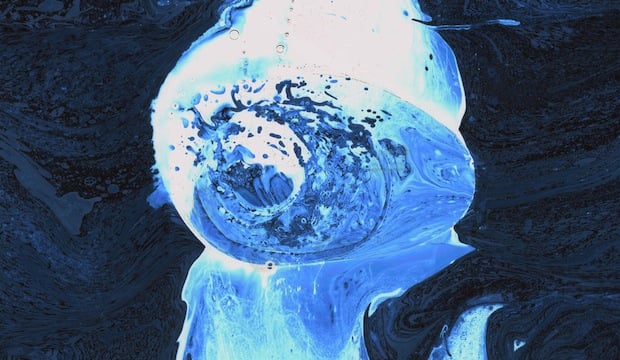 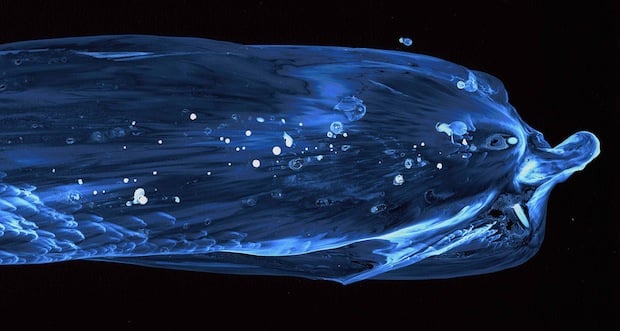 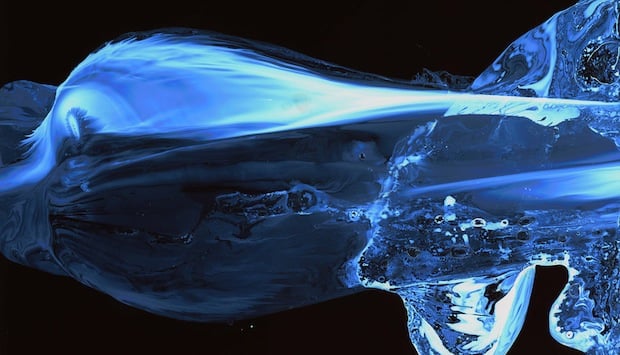 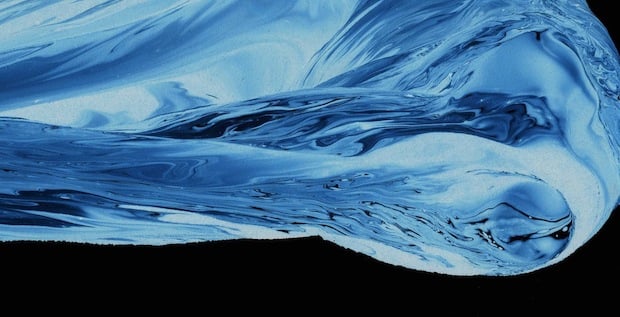 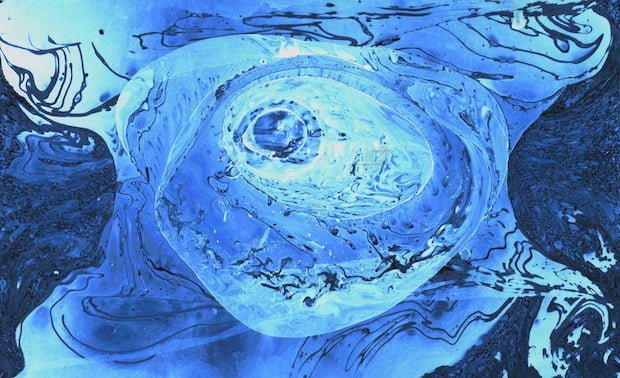 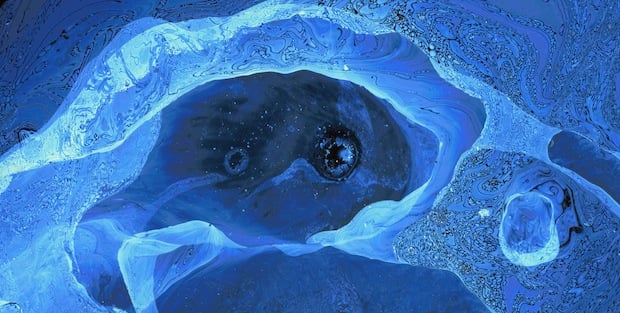 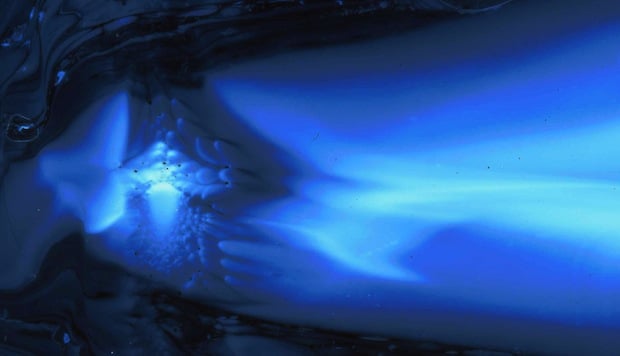 For Hacmon, the next step after capturing these images is to try and put together an educational exhibit made up of eighteen 4 x 8-foot prints that he can take “to schools and educational organization that wish to teach their students and community about water and the role [water] has in shaping our lives.”

In order to make this happen he’s started a campaign on USA Projects, through which he hopes to raise the $23,400 needed to create this exhibit.

So far, with 25 days left, he’s raised almost half of what he needs. Perks for donating range from $25 for four vinyl Faces of Water stickers, to $3,690 for a one-of-a-kind 2 x 4-foot framed negative of water. There are three of that last perk available, and two are already gone.

Here’s a quick video intro he put together for the USA Projects campaign:

If you’d like to learn more about the project, see more stunning faces of water photos or maybe help Hacmon put together his exhibit, head over to the Faces of Water website or Facebook page, and be sure to pay the USA Projects campaign a visit by clicking here.

Image credits: Photographs by Moses Hacmon and used with permission