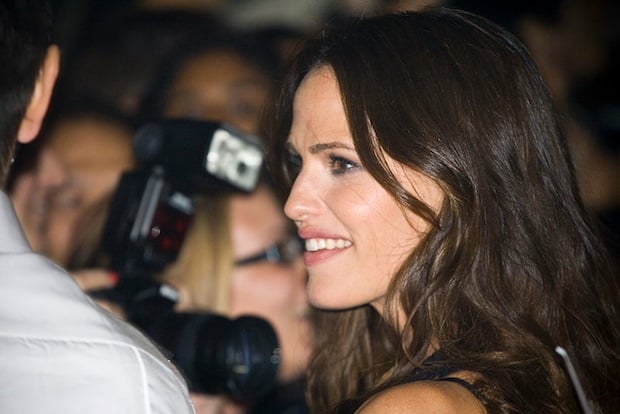 Actresses Halle Berry and Jennifer Garner testified before the California Legislature on Tuesday in support of an anti-paparazzi bill that would ban taking pictures of children without their parents’ written consent.

According to NBC, both actresses said their children had been repeatedly traumatized by herds of photographers looking for gossip fodder:

“I don’t want a gang of shouting, arguing, lawbreaking photographers who camp out everywhere we are all day, every day, to continue traumatizing my kids,” testified Garner, who has three children with husband and actor Ben Affleck. “They have a bounty on their heads every day.”

According to the Sacramento Bee, Berry said she has considered moving to France to protect her 5-year-old daughter, Nahla, from the press.

“They are allowed to be so close to her that they can shout obscenities to me and ask her questions that are inappropriate for a 5-year-old to have to answer,” testified Berry, explaining that her daughter is afraid to go to preschool because of the paparazzi horde. California Senate Bill 606 would expand the state’s definition of “harassment” to include photographing, following or lying in wait for a child without the written consent of a parent or guardian — provided such behavior “seriously alarms, annoys, torments, or terrorizes the child or ward, and … serves no legitimate purpose.”

The bill, which passed the state Senate unanimously and is now headed for a vote in the Assembly, threatens non-abiding paparazzi with fines of up to $30,000 and a year in prison.

Representatives for the Motion Picture Association of America, the California Newspaper Publishers Association and other groups have opposed the bill, saying it could hinder newsgathering and other legitimate activities.

(via Today via Sacramento Bee)

Philip Bloom on Shooting Film and Using Too Many Cameras