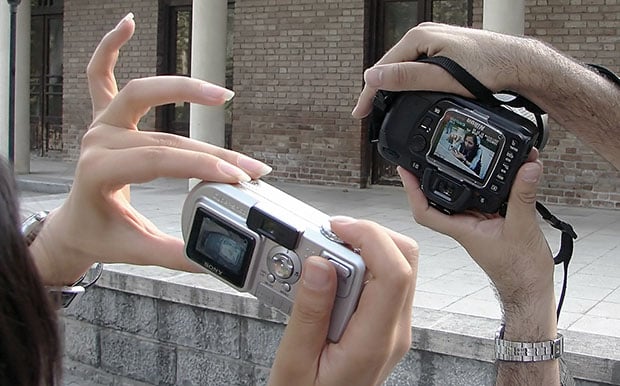 There was a time in the mid to late 90s when Nirvana was all the rage, people wore too much flannel, and the design world was pre-occupied with “grunge.” Ironically, the proliferation of digital design via Aldus Pagemaker led to a decidedly analog look that was epitomized by David Carson’s Ray Gun magazine – a vehement statement against clarity, cleanliness and legibility. Carson even went so far as to lay out an entire magazine piece in Zapf Dingbats because it was “just a really boring article.” 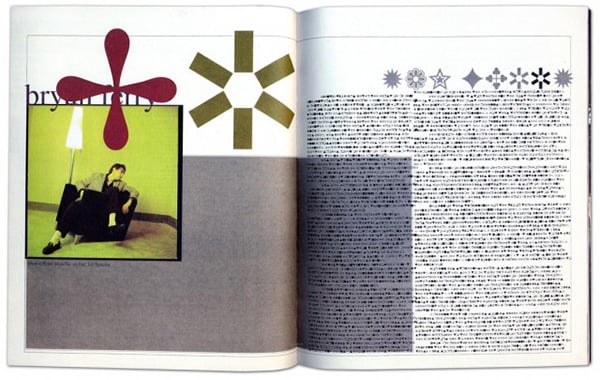 Design aethestics ebb and flow, and we are now in an era of “flat” design. The buzzword of the day, “skeuomorphism,” has left the building, and ultra clean type and layout is in.

In photography, however, we’re seeing somewhat of an opposite trend. Despite an ever increasing resolution and fidelity of camera sensors and lenses, a large subset of people seem hellbent on making photographs look grungier.

The most obvious manifestation of this phenomena is the enormous popularity of Instagram and its nearly requisite filters. It’s almost not an “insta” if you don’t apply a filter. This trend is so incredibly pervasive, that it gave rise to the #nofilter hashtag. As if one couldn’t believe a sunset could be so fantastic as to not require the use of a filter!

Google’s Snapseed application offers a similar “one button” effect for photography, and not only will it alter the tonal curves and saturations, but you can also apply dust and scratches to the image. Yes, the very things that we worked for hours to eliminate in the analog age, can be reapplied in fractions of a second in the digital age.

And as big a fan of lomography as I am, I’m still scratching my head at the runaway success of its Petzval lens Kickstarter campaign. When it was invented in the 19th century, the Petzval lens was popular because it allowed a super fast f/3.5, which was a significant technological development since film speeds were so slow. The unintended optical design of the lens featured a crisp center focus, but suffered from heavy vignetting and edge distortion. But now, those defects are being marketed as a plus for portrait photography.

Lomography writes, “Photos shot with a Petzval lens are immediately recognizable for their sharpness and crispness, strong color saturation, wonderful swirly bokeh effect, artful vignettes and narrow depth of field. The totally distinctive look of Petzval photos is all about the fantastic lens design that gives you the satisfaction of the instant optic experience that goes far beyond using photo editing software and filters.”

This all sounds wonderful, but the sample images simply don’t match the description. Yet, nearly 3,000 backers believe that this will be a welcome addition to compliment their $3500, 22.3 MP Canon 5D. I definitely don’t need another 2 lbs of glass and brass. This might be yet another manifestation of Gear Acquisition Syndrome, or perhaps it’s something else.

Perhaps it’s all about self-expression. Perhaps we want to induce the instant nostalgia that faux analog seems to afford us. Or maybe tailoring the output of our images allows us to personally embellish the literal medium. “Worse” to me might be “better” to you, and I can accept that without reservations. But then why on earth do we continue to pine for the latest and greatest technology? The faster lens with more megapixels and the Mark 38 designation.

For me, nostalgia is induced by the subjects of my photography – what they were doing and wearing, and how they are situated in the environment – not some gimmick to make photos look old. True faded photographs will die off like the dinosaurs, which makes me wonder how our children will feel when they view a digital photo taken 50 years earlier with perfect fidelity. But I’m going to wait 50 years to tackle that issue, and in the meantime, you can find me taking some tack sharp photos in the corner while wearing my flannel shirt.

6 Tips for Effectively Shooting Behind The Scenes