When legendary director Orson Welles of “Citizen Kane” fame was all of 23 years old, he made his first movie meant to be seen by a paying public. Dubbed “Too Much Johnson,” the silent slapstick comedy was to be shown in three parts, one before each act of a Welles’ adaptation of the 1894 play by William Gillette.

The play wound up opening to disastrous reviews without the film, and in a tragic turn of events, what was thought to be the only copy of the film was destroyed in a fire at Welles’ villa in Spain. Fortunately, that wasn’t the case.

Another copy of the film has surfaced in the warehouse of a shipping company in northern Italian, and it has since been turned over to George Eastman House where the highly volatile nitrate film is being restored and transferred to modern safety stock. 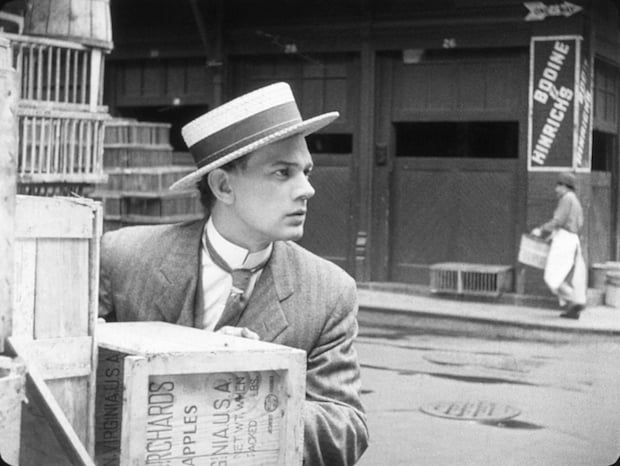 “This is by far the most important film restoration by George Eastman House in a very long time,” explains senior curator of film Paolo Cherchi Usai to those who might not understand how big of a deal this is. “Holding in one’s hands the very same print that had been personally edited by Orson Welles 75 years ago provokes an emotion that’s just impossible to describe.”

The restoration has gone well, but it hasn’t been without its challenges. One of the reels was in much worse shape than the rest when George Eastman House received it, and had to be sent to Haghefilm Digitaal in the Netherlands to undergo special chemical “rehydration” before being restored. Somehow, the talented folks at the lab were able to save 96% of the footage. Before long the restoration will be complete, and once it is, the never-before-seen film will debut at Le Giornate del Cinema Muto in Pordenone, Italy on October 9th, followed by a US premier at the George Eastman House on October 16th. If we’re lucky and the National Film Preservation Foundation gets enough funding, the film will eventually go up on the Internet as well.

The way George Eastman House is talking about it, it seems this will go down as one of the more romantic film discoveries/restorations in history. It makes you wonder if 75-years from now people will be re-discovering old hard drives instead of film reels. And if they do, will there be any way to recover/restore the data, or will the “Too Much Johnson” of today be lost forever?

Retired Photographer Looks Back Over a Long and Successful Career

The Unphotographable: Photos that Try to Show that Which Can’t be Photographed