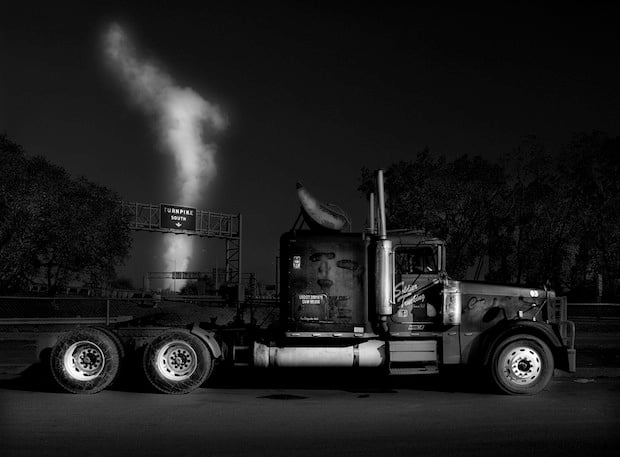 New Jersey native and fine art photographer Michael Massaia suffers from insomnia. And so, when he first heard the term “seeing the black dog” in relation to the hallucinations truckers see when they’re sleep deprived, the idea for a photo series by the same name immediately took shape.

In the trucking world, the term “seeing the black dog” refers to when truckers begin hallucinating black dogs crossing the road while they drive. “When truckers see black dogs scampering across the highway,” writes Massaia, “they know to pull over and get some sleep.”

That’s where Massaia and his 60lbd 8×10 large format camera come in. He would haul his camera to truck stops along the New Jersey turnpike, and when the truckers climbed into the cab to get some shut-eye, Massaia would emerge from the bushes and “capture the moment the dogs melt away.”

All of the pictures you see were taken between 3 and 6 in the morning (this was one of those rare times when being an insomniac actually worked in Massaia’s favor), while Massaia crossed his fingers that no trucker would look out, see a guy under a sheet with a massive camera, and come out swinging.

Fortunately, no harm ever came to Massaia and his camera, and he was able to capture the photos you see below: 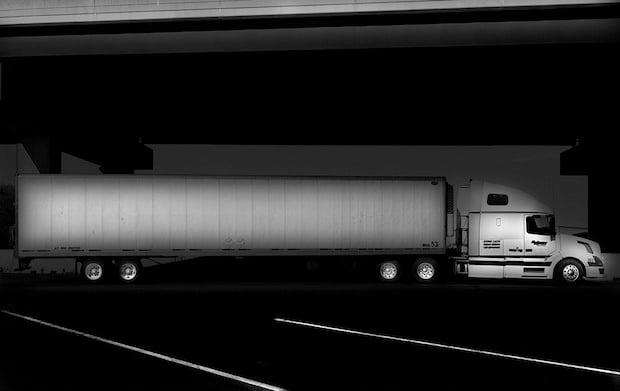 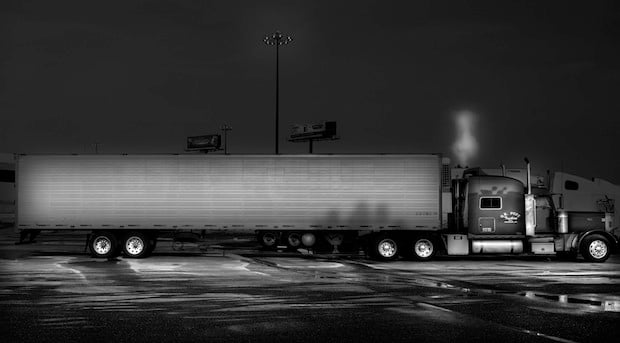 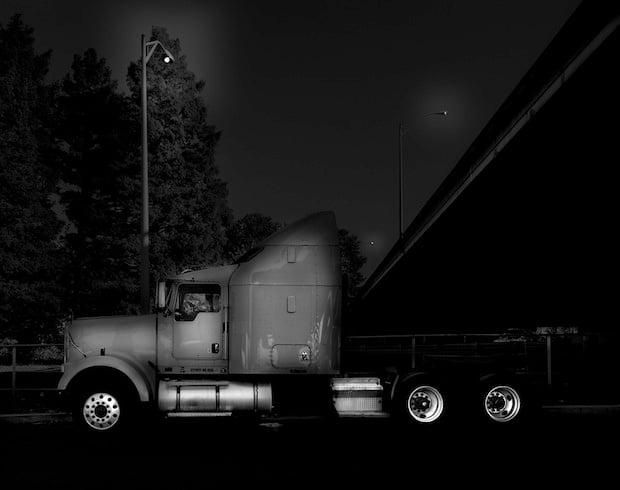 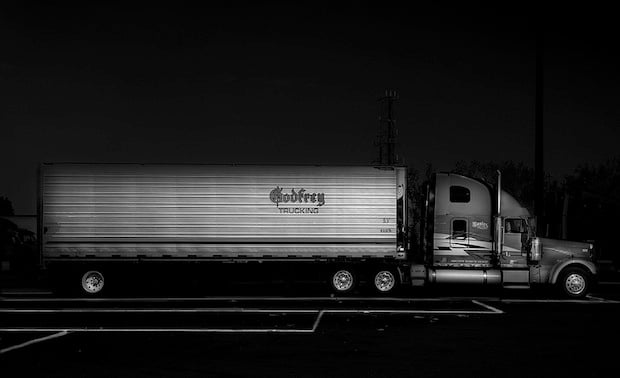 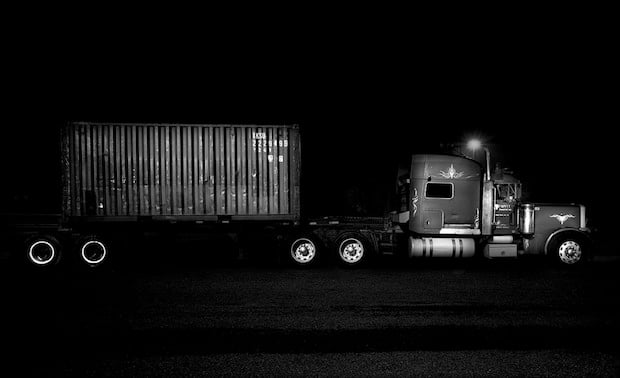 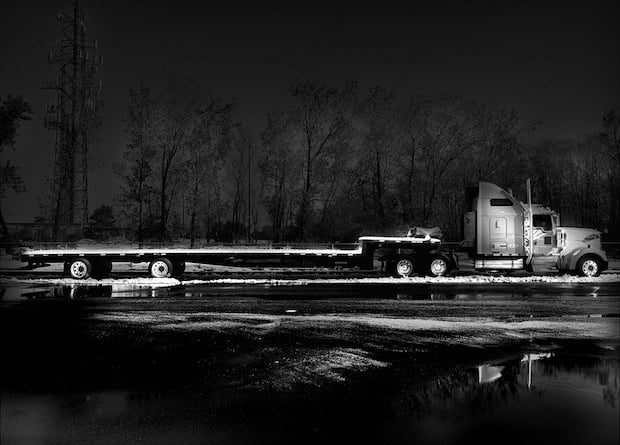 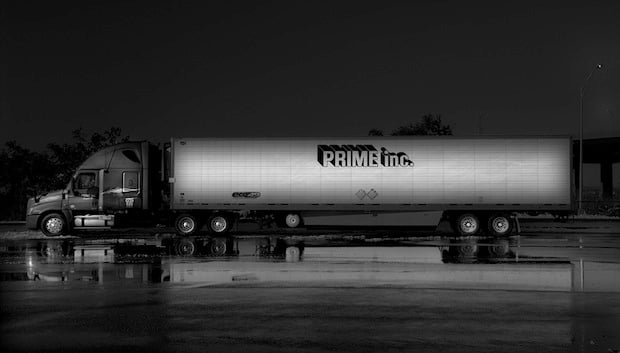 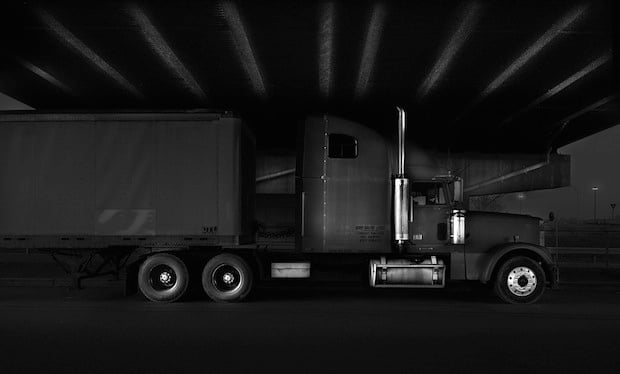 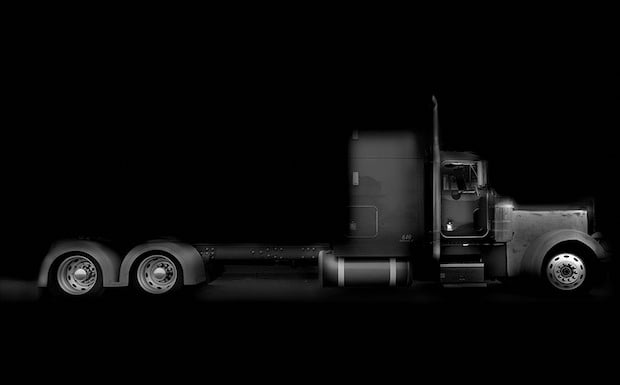 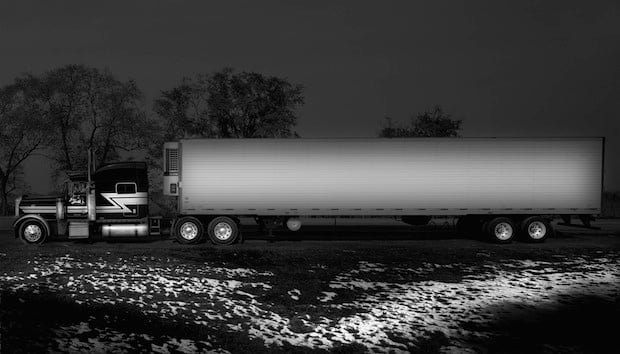 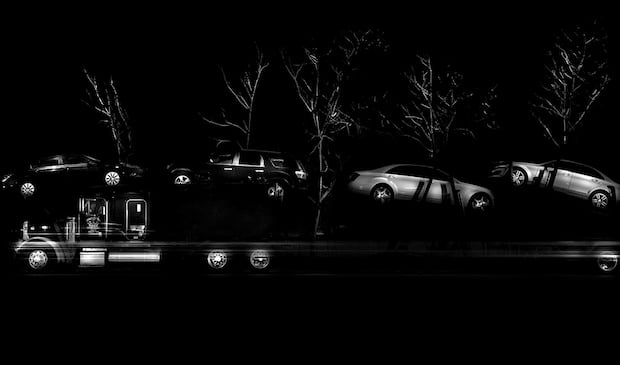 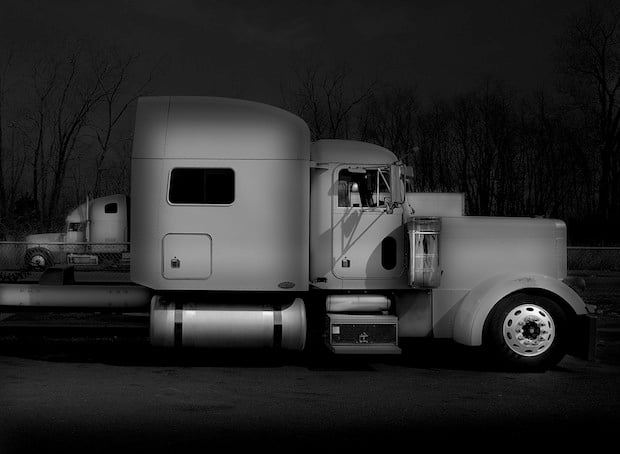 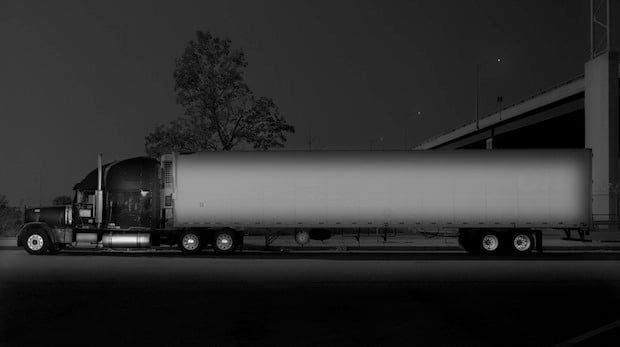 The entire process — from taking the photos on 8×10 sheet negatives, to developing them with Pyro staining developers, to creating 25 x 42-inch palladium prints — was done by hand by Massaia himself. He believes that working with the analog medium and being the “sole craftsman” in this way makes for more authentic and unique work.

“There are huge technological advantages to using an analog camera,” Massaia tells Wired. “They’re still far superior to digital camera-backs. All the movements the 8×10 offers me prevent distortions.”

If you’d like to find out more about the photographer or purchase one of Massaia’s hand-made prints for yourself, head over to his website by clicking here.

Image credits: Photographs by Michael Massaia and used with permission.