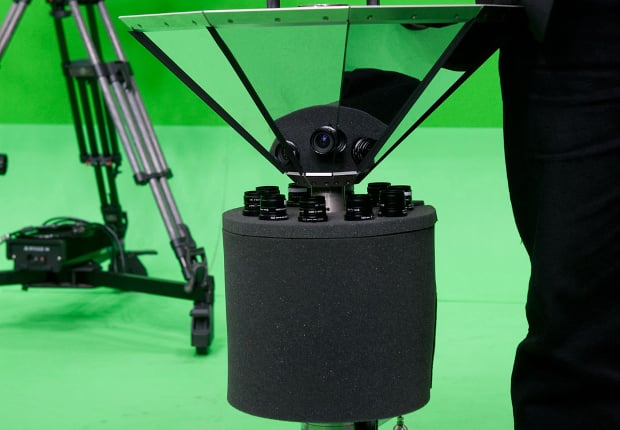 There seems to be a growing desire among the networks to give sports fans the absolute best angle of the action when they’re watching a game on TV, but what angle is that?

Sunday Night Football is tackling the problem by giving fans every angle with the newly installed FreeD system, but researchers at the Fraunhofer Institute are taking a different approach. With their new OmniCam360, they intend to give you both 360° views as well as the ability to choose whatever angle you like best.

The rig brings together 10 cameras that actually face upwards towards an equal number of strategically angled mirrors, instead of out towards the action. In addition to saving space, this allegedly allows the rig to capture 360° panoramic views without any noticeable distortion or seams between shots. 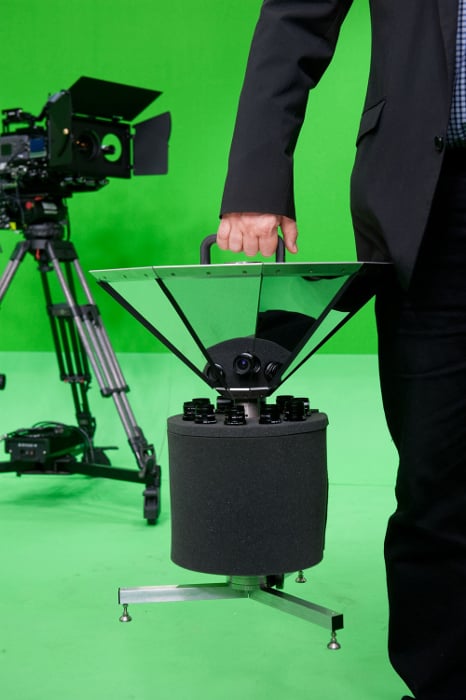 Interestingly, the OmniCam360 is actually the second OmniCam the institute has come up with, but the first model was so large and heavy as to be practically unusable by comparison. This model, thanks to its ingenious engineering, weighs in at only 34lbs (as opposed to 176lbs) and is no larger than a standard television camera.

The researchers have already put the rigs to the test filming concerts, and are planning on using them to streaming an upcoming concert by the Berlin Philharmonic live to Japan. The ultimate hope is that these OmniCams will eventually allow spectators at home to choose their favorite angle live using their computer, tablet or smart TV.

To learn more about the OmniCam360 and how it might add yet another level of awesome to the next sporting event or concert you choose to experience from home, head over to the Fraunhofer Institute website by clicking here.