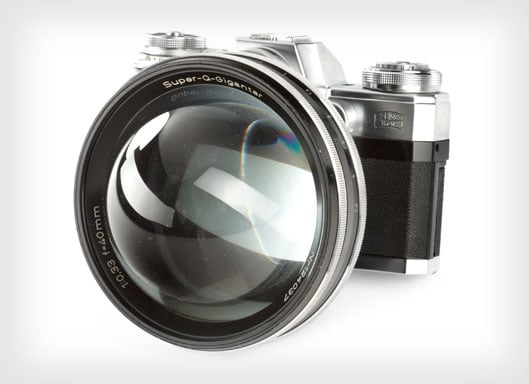 If you thought the Zeiss f/0.7 lenses we shared yesterday were impressive, check out this crazy piece of glass: it’s the Carl Zeiss Super-Q-Gigantar 40mm f/0.33. It’s what some people call the fastest camera lens ever made.

Is that claim true? Well, yes and no… but mostly no. 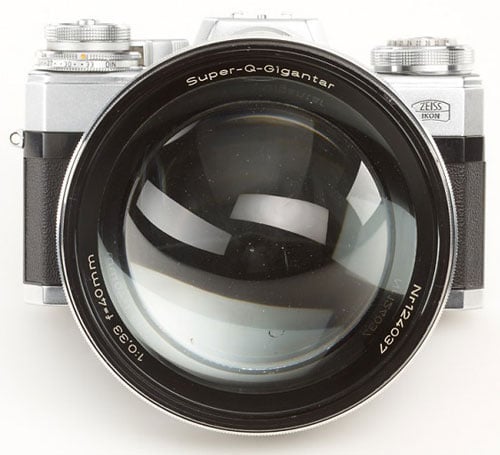 The lens went up for auction back in 2011 at the famous WestLicht Photographica Auction, where some of the biggest transactions in the camera world occur. It was billed as “the world’s fastest lens ever made,” had an opening bid of €6,000, and an estimated price of up to €16,000. It ended up selling for €60,000, or close to $80,000.

Poke around on the web, however, and you won’t find any sample photographs captured with this lens. Why? Because the lens was never designed for real world use, and was never functional.

Even in the auction, WestLicht states that the 1960s lens was a “unique lens made by Carl Zeiss for Public Relation purposes […] for Contarex Bullseye.” Italian website Nadir Magazine has more of the backstory. 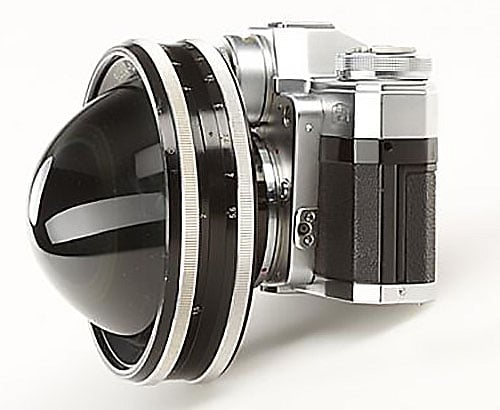 The lens was born in the 1960s during a time in which camera companies were aiming for larger and larger apertures, just as companies these days are gunning for more and more megapixels. Canon had just released its 50mm f/0.95, and photographers became fixated on the speed of lenses on paper rather than their performance in real world situations.

Zeiss Ikon public relations guru Herr Wolf Wehran decided that he wanted to draw attention to his phenomenon by creating a product poking fun at the fast glass fad. 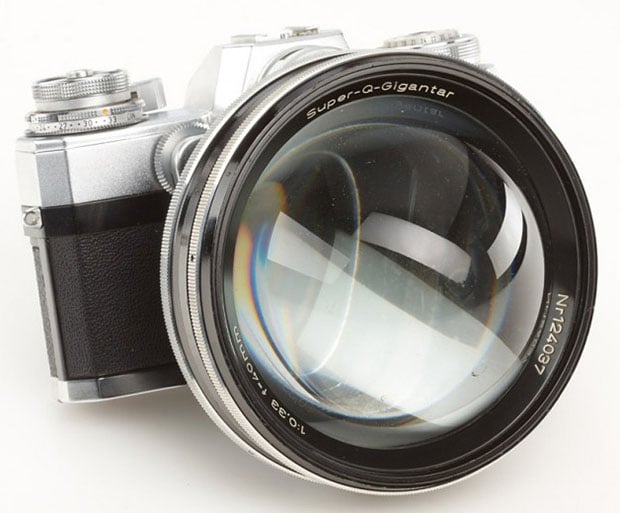 Prior to Photokina in 1966, Wehran visited a buddy of his in the Zeiss lens design department. The two found an old condenser lens sitting around, and used it to create a Contarex-mount “frankenlens” using various found pieces. Along the way, they arbitrarily decided that their lens would have a focal length of 40mm and a maximum aperture of f/0.33. 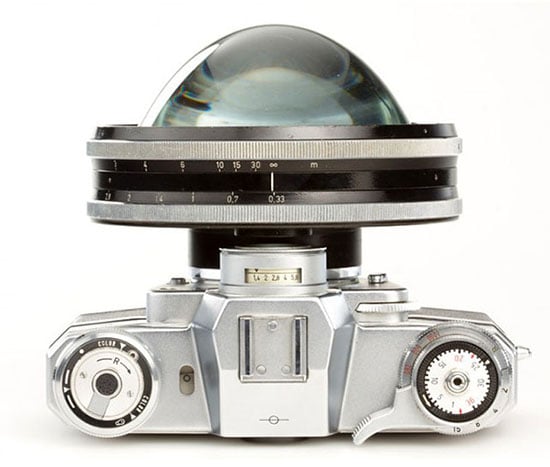 The lens was given the name “Super-Q-Gigantar.” The “Q” stands for “Quatsch,” which translates to “nonsense” in German.

And that’s how the “fastest lens ever made” came to be.

P.S. At the time of this post, Wikipedia lists the Super-Q-Gigantar under “fast lenses’ in its article on “Lens Speed.”