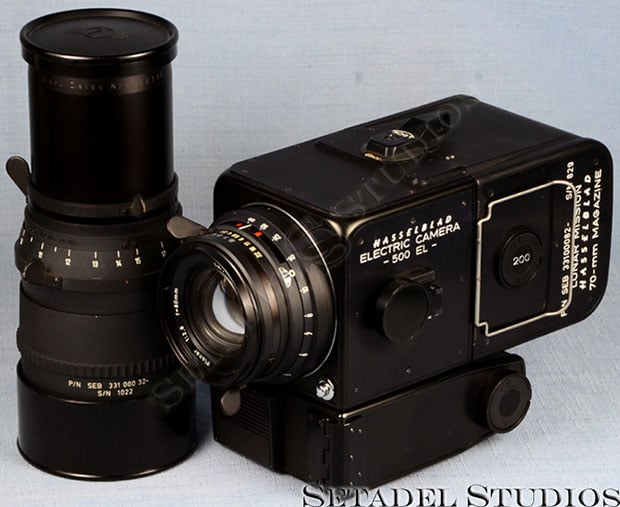 Want to own a piece of photographic and space exploration history? An original Hasselblad 500EL Electric Camera kit has appeared on eBay. This is the camera NASA astronauts used on the moon for its Lunar Apollo Missions. 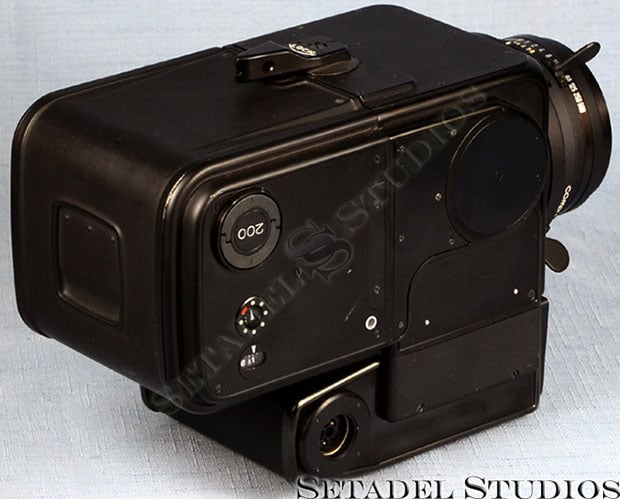 At the time of this post, there’s a day left in the auction by camera trading company Setadel Studios, but no one has offered the starting bid of $75,000 yet (shipping is an extra $1,495.)

One reason may be that this isn’t actually a camera that was used on the moon. No one owns those 12 cameras — they’re still sitting on the surface of the moon. NASA left them there so astronauts could bring back lunar rock samples instead. 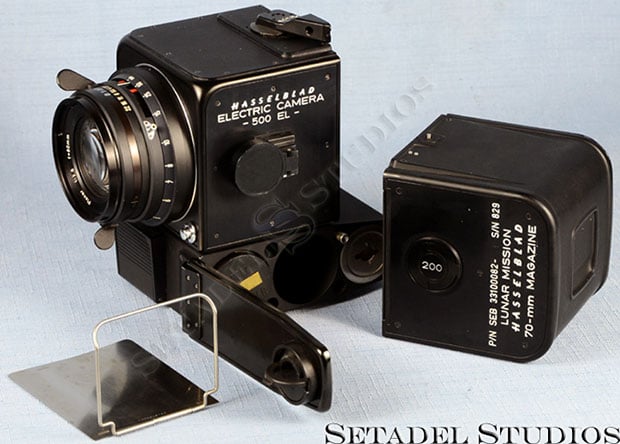 Anyhoo, back to this camera on eBay. This IS actually the same camera as the ones used by NASA astronauts. However, after Hassy produced it for NASA in 1969, it was given as a gift to the then-President of Hasselblad, and then regifted to the company’s Head Canadian Distributor. It’s been sitting in a private collection… until now.

Setadel says that a few previous kits that were in worse condition were auctioned off for over $100,000, and that this is the first time a set this complete and in this condition has been put up for auction.

Along with the “excellent condition” camera, whoever wins the auction will receive an A200 back, a Carl Zeiss Planar 80mm f/2.8 lens, a Carl Zeiss Sonar 250mm f/5.6 lens, and some promotional booklets. 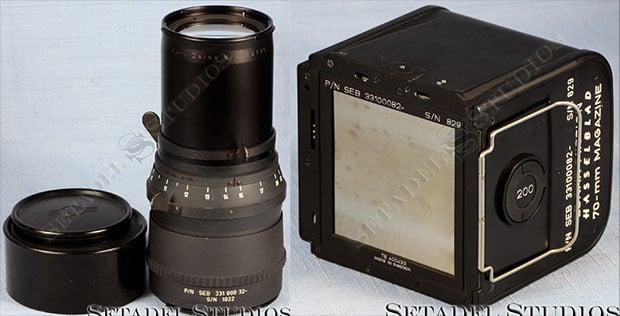 The gear itself has custom enhancements that make the pieces easier for astronauts to use, namely larger knobs and controls that can be handled while wearing large and bulky spacesuit gloves.

This is a modified 500EL with the mirror removed to reduce weight. Also has no waist level finder, instead it has a small flip out round finder/lunar filter. […] Cosmetically extremely clean and still mechanically working normally; shutter speeds are accurate and all other camera functions are working normally. Optically clean and clear; no fog, fungus, separation or scratches in the lenses.

So… if you have some mountains of cash lying around and would like to start your own private camera museum, or if you’d like to walk around and shoot with a camera that no one else on Earth is shooting with, you have about a day to jump on this “deal.” Good luck.