In a move roundly criticized by the U.S. State Department, embattled Syrian Pres. Bashat Assad has taken to Instagram to promote jarringly bucolic images of life in the war-torn nation.

The @syrianpresidency account went live last week, calling itself  “the official Instagram account for the Presidency of the Syrian Arab Republic.” It already has more than 30,000 followers and 84 photos, most depicting Assad and his wife, Asma, cheerfully interacting with smiling Syrian citizens. Entries range from Mr. Assad consulting with soldiers to Mrs. Assad serving dinner to a grateful senior citizen. 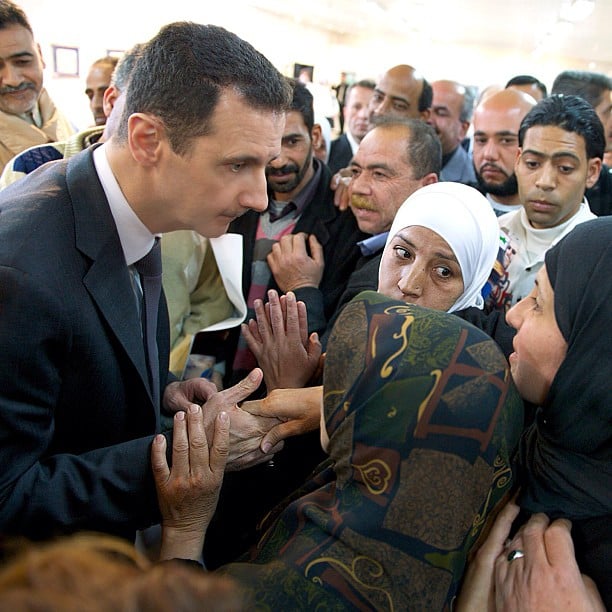 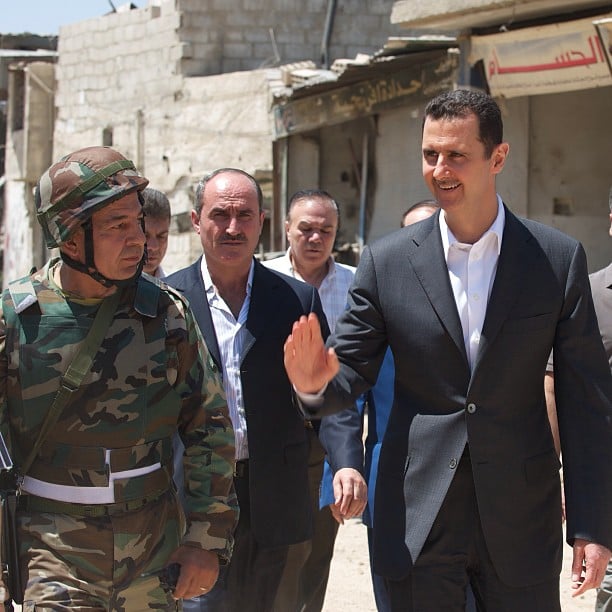 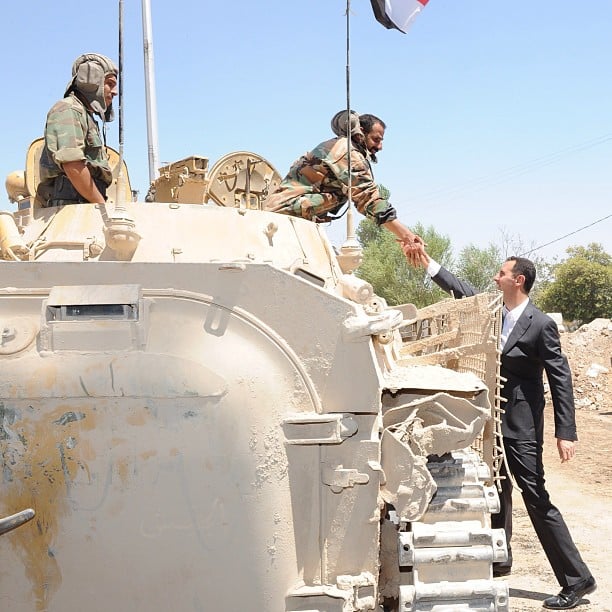 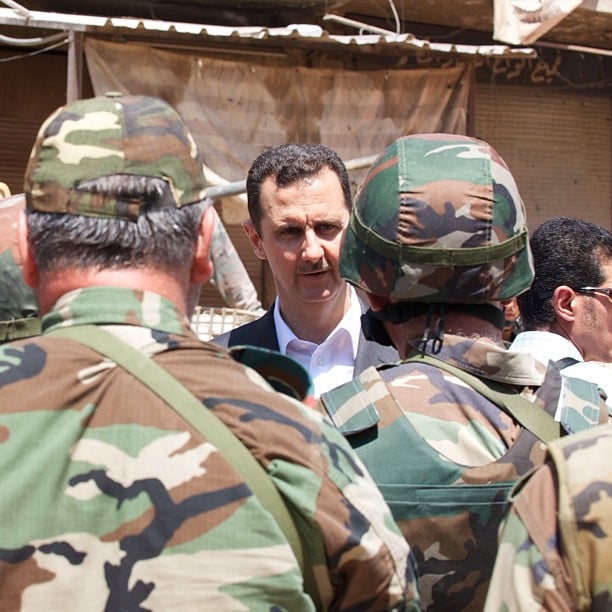 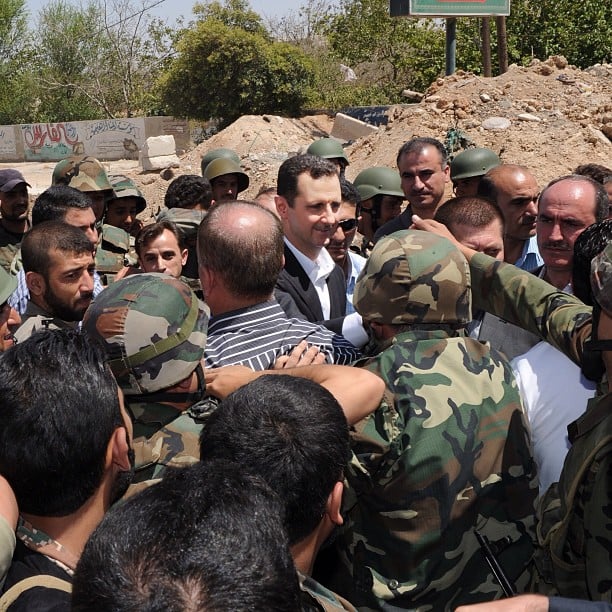 In real life, Syria has been embroiled in a horrific civil war for more than two years, with an estimated 100,000 dead, millions driven from their homes, and United Nations investigators accusing Assad’s forces of a gruesome array of human rights abuses.

State Department deputy spokeswoman Marie Harf characterized the Instagram account as yet another clumsy propaganda ploy. “It’s repulsive that the Assad regime would use this to gloss over the brutality and suffering it’s causing,” she told NBC News.

While most of the comments attached to the Instagram photos are in Arabic script, responses in English indicate the PR ploy may be working, with most praising Assad.

Image credits: All images from Syrian Presidency, except “Abdullah Ahmed, 10, who suffered burns in a Syrian government airstrike…stands outside their tent at a camp for displaced Syrians” by Freedom House