Food pics are a different matter, often taken in a restaurant with a cell phone while the other people at the table wait impatiently to dig in. The humorous clip above pokes fun at the latter.

Put together by Wong Fu Productions, it shows what happens when “Food Pic Wars” ensue. Two of the people at the table want to take a photo of the beautiful dessert… the third just wants to eat it. 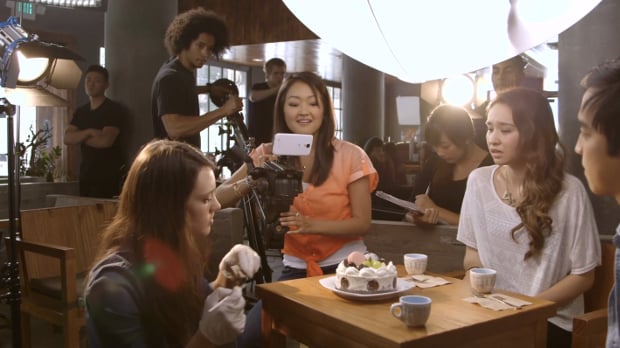 We won’t give away the ending, but food pic fad haters will enjoy it and maybe smile a bit next time they see a similar scene play out in real life at their local restaurant.

The short is actually only half of the video, and is meant to advertise a competition Wong Fu is helping AT&T put together called Take Your Shot. They want to hear your ideas for a short film to be shot on a smartphone, and the three winners will be flown out to LA to create their ideas with help from Wong Fu, Freddie Wong, and/or Jon M. Chu.

You can learn more about the competition by watching the whole video through, or, if you prefer, just laugh at the food pic parody for the first half and be on your merry way.