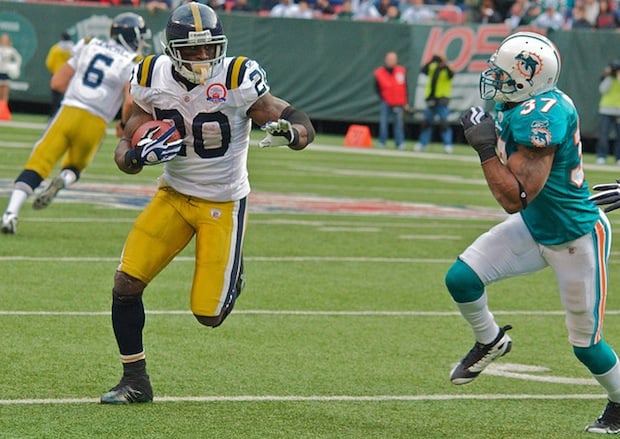 Sunday Night Football is about to get a lot more fun to watch. Not even two months after we shared the news that the folks over at NHK had put together a robotic bullet time rig that could shoot 360° slow-motion replays, NBC has announced its plan to bring matrix-style replays to the world of pro football.

There’s no indication that the two ideas are related, but the concept is similar: give sports fans a roundabout view of the action. For NBC, this means that Sunday Night Football will now feature two 24-camera bullet time rigs — one in each end zone.

In addition to the new perspective that NBC is hoping to offer — not to mention the fact that referees will now have zero excuses when they botch a challenge — installing the tech is one of several ways NBC’s Cris Collinsworth said Sunday Night Football is “trying to be a show that really appeals to everybody.”

The tech will go into effect right from week-one at the Giants/Cowboys game in Dallas on September 8th. As television’s highest-rated and most-watched show, Sunday Night Football is under more pressure than most to stay on the cutting edge. And when the cutting edge involves installing 48 extra cameras at every Sunday night game, well, we certainly won’t complain if you don’t.