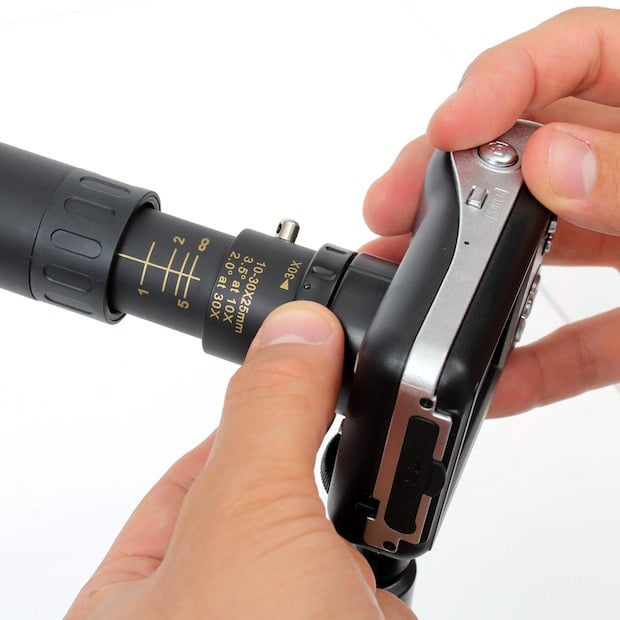 We’ve seen some interesting gimmicky cameras come out of Japan in the past — from Japanese anime special editions to a donut camera — but this latest one might come in handy a bit more often. Dubbed the APOLLO2 and created by the company Thanko, it’s a compact camera strapped to a whopping 30x telephoto lens.

A cross between interesting and potentially creepy, the camera looks pretty funny with that massive lens hanging off the front — a better model name might have been Pinocchio. But given that it’s meant for one thing and one thing only, you can excuse the appearance. 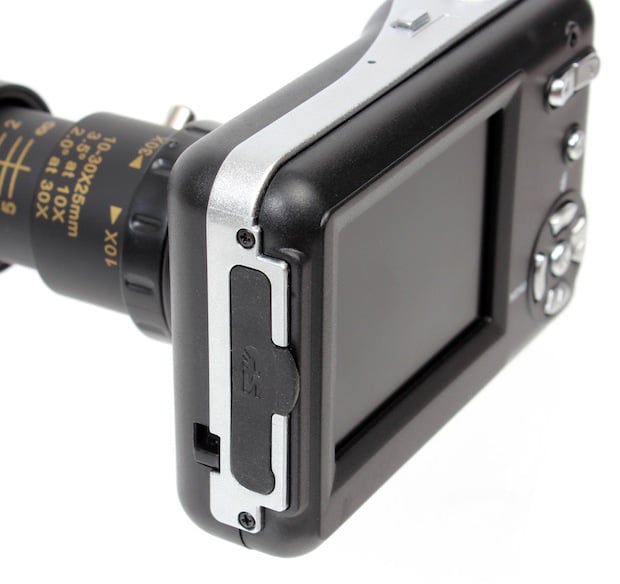 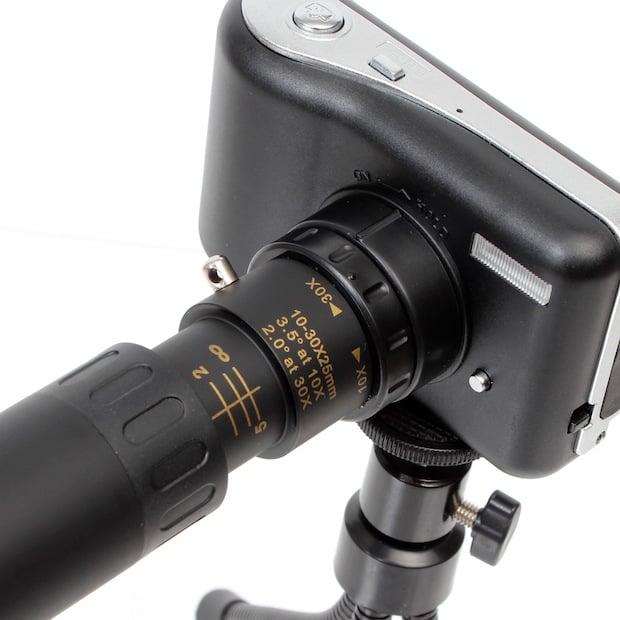 Inside it packs a 12-megapixel sensor (no word on size) that can also record video, which maxes out at 480p. Since the widest you can go on the attached f/3.0 lens is 10x, both the lens and the camera come equipped with tripod holes for stability’s sake. The good folks at Thanko even include a small tripod in the box.

As you’ve probably already surmised, it’s a gimmick like the ones we mentioned above, but just like those it will probably still find a market to sell to. With 30x optical and an additional 8x digital to work with, however, we just hope that market’s not too creepy. 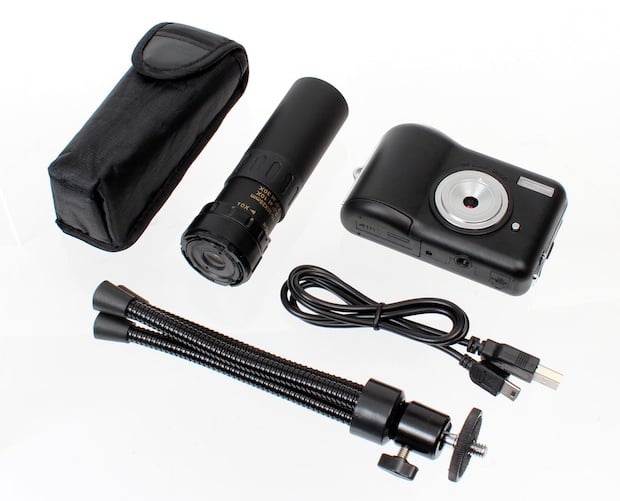 Currently, there’s no word on any kind of US release, but as the Phoblographer points out, Thanko products often make their way onto eBay — in other words: if you want one, you can find a way. MSRP of the camera in Japan is set at ¥19,800, or about $200 U.S.