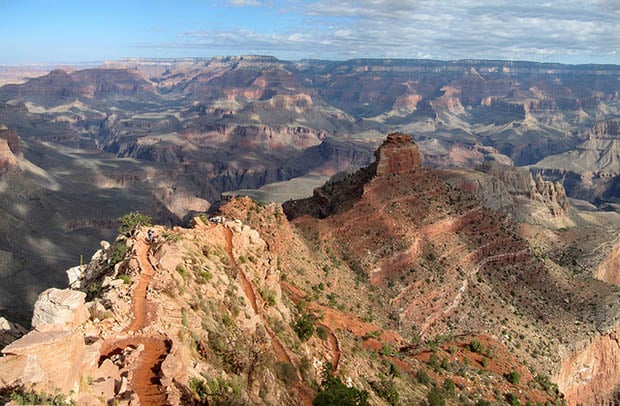 My seventh grade teacher was Mrs. Reynolds. She ran a tight ship and was very particular with whom she decided to grant the blessing of her smile. She wore frosted lipstick and polyester pantsuits and had a habit of swinging the charm on her necklace back and forth when she talked. She had a lot of rules for her classroom, most of which I’ve forgotten, but the one rule that still sticks in my head is this: “One person can spoil it for everyone.”

Yes, Mrs. Reynolds believed that if one or two students misbehaved, the rest of the class would pay the price. If a handful of students decided to talk after they’d been told to stop, the entire class would receive extra homework.

And if a couple of girl students, straight-A girl students, mind you, decided to sneak handfuls of M&M’s from their desk during Science (which really shouldn’t have been a big deal, because, come on, it’s not like they were making margaritas under the desk; they were M&M’s for cryin’ out loud. And they weren’t even the peanut kind, either) the entire class would get ten minutes taken off their lunch break.

Mrs. Reynolds had a black heart.

Lately, I feel like the photography industry is sitting in that 7th Grade classroom, where some are spoiling it for everyone. 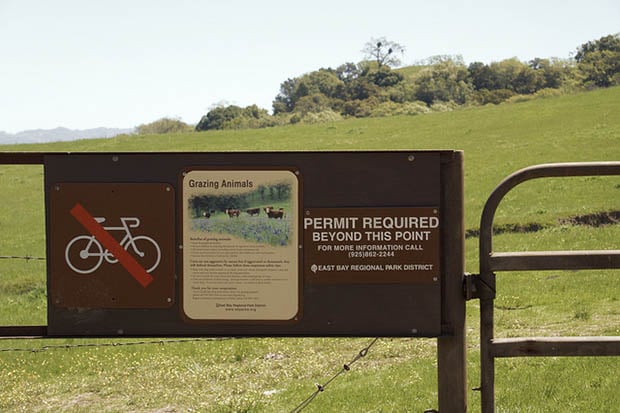 Back in the “olden days” of film, I don’t recall having to purchase a permit to shoot. Other than a day pass issued by the Forest Service which was mandatory for every parked car, we could pretty much go anywhere. Now and then, we’d see another photographer, but it wasn’t the norm.

As our industry has grown, and every man, woman, child, dog, cat, gerbil and goldfish has a DSLR and a Facebook page, the whole world has become a studio, and as a result, locations that once were photographer-friendly are now off-limits. Or available, provided you pony up some coin and purchase a permit.

Take our local Bio Park, for instance. It’s a really beautiful place filled with all sorts of lovely photography settings: a barn, a Chinese Garden, a duck pond, and brick walkways. In the middle of the high desert, where the color brown is in no short supply, it’s a lush, green oasis. 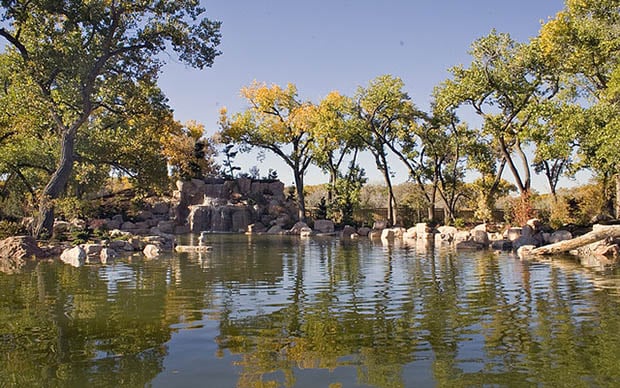 We’ve been shooting in the Bio Park for a long time, but have noticed a dramatic increase in the number of photographers over the years. It started out gradually, and then exploded. Go there on a Saturday morning and it looks like a photography convention.

The place is crawling with photographers. I mean, everywhere, like ants in a bowl of sugar. I think they should just rename it the Biotography Park, because that’s what it’s become. And, understandably so; it’s a beautiful place — who wouldn’t want to shoot there?

As a result, the Bio Park now requires you purchase a photography permit. Granted, it’s not a lot of money and you can buy an annual pass, but still, they charge to shoot.

When I first learned of this new development, I was surprised and asked one of the employees why they made they change; did they have trouble with photographers shooting in the park? She rolled her eyes and said that they don’t have a problem with the real photographers: it’s those that aren’t professional that cause the problem: walking in the flower beds, trampling the tulips, climbing over the picket fences to photograph a client in an off-limits area, and not being respectful to the other guests.

If I didn’t know better, I’d say Mrs. Reynolds was in charge of Bio Park operations.

Even open space areas are getting in on the action. It’s no longer enough to pay your fee at the permit station; now, you must pay your permit fee and STICK TO THE PATH. With so many photographers shooting in the same locations, the open space officials watch you like a hawk. Veer off a few feet and you will have a city employee doing a Lou Gossett Jr. in your face faster than you can say, “An Officer and a Gentleman.”

Now, to be fair, this can’t be blamed entirely on the influx of photographers. I think there might be a teensy amount of greediness involved, too, (and by “teensy” I mean A LOT) for with all these photographers, there’s money to be made. A zoo might be a place of learning where many of God’s creatures are cared for and admired, but that doesn’t mean they are above charging photographers to shoot inside their gates. 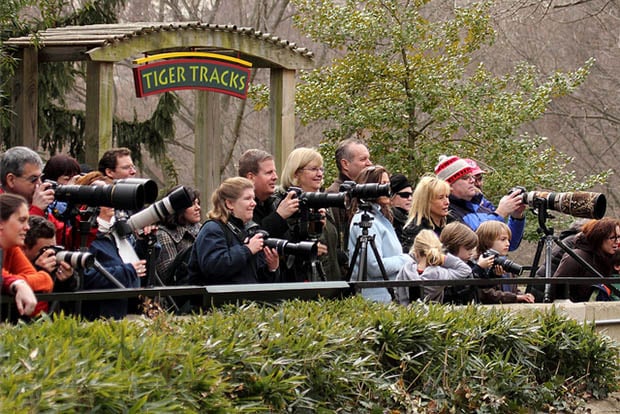 Even the National Park Service has sat up and taken notice. Thinking about shooting commercially in, say, White Sands National Monument? Well, you can, as long as you submit an application, along with a $200 payment a week before you plan on shooting. (For the record, the last time I was there I saw photographers with reflectors all over the place. From the way they sped off when the Ranger drove up,  I would bet that only handful of those guys and gals had permits. Or maybe they just really had to go to the bathroom.)

Is this enforceable? I don’t know. With the exception of sneaking handfuls of M&M’s during a middle school Science class, and bringing my own food into movie theaters, I usually follow the rules.  If a location states that one must pay prior to using their facilities, I pay. If someone has a problem with me shooting, I leave. And I know it’s hard. I don’t like being run off of a location just because a handful of people with cameras gave the rest of us a bad reputation.

Hey, I’ve never crawled over the fence at the beach to pose a family in the endangered Sea Oats; I don’t subscribe to the it’s-better-to-ask-forgiveness-than-permission mentality. It’s darn hard to be asked to leave an area you’ve used for many years. But when asked to leave, I recommend going quietly.

I’ve watched photographers cop a ‘tude when asked to leave, and it really makes no sense to me. It’s not in your best interest to smart off to the people who hold your ability to shoot in their hands. It’s like being disrespectful to a wedding coordinator or anyone who prepares your food — NOT a good idea. I enjoy wedding referrals and prefer my food without an added helping of saliva or other “things,” thank you very much.

I don’t know where this wonderful industry is headed, but I do know that a handful of people can spoil it for everyone. Or make it great. It’s up to us to exercise common sense, politeness, and respect for property when shooting outside of our studios, for if not, I fear we are going to find ourselves faced with the need to purchase permits everywhere we go.