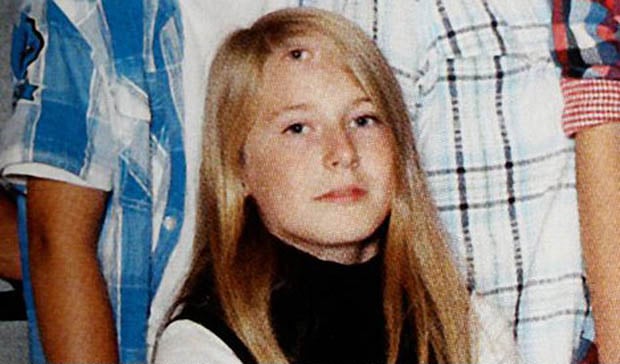 A Swedish photography company called Skolfoto Norden received some embarrassing press this week after a girl discovered that she had three eyes in the official class portrait it shot.

After sitting with her class through a pretty routine photo session with a photographer at her school, sixth grader Tilde Nörgaard was surprised to receive a class picture that showed her with a third eye at the top of her forehead.

Swedish newspaper The Local writes that although the photo company does Photoshop its photos, they were baffled as to how this mistake happened.

“When we went back and looked at the original picture no one had their eyes closed. There wasn’t anything that might need correcting,” head of photography David Nabb told The Local.

He explained that when students in school pictures have their eyes closed, the company “in emergency situations” sometimes retouches the images by digitally cutting and pasting an eye from another student in the picture.

The company has offered Nörgaard ~$225 for the mistake, and is planning to send out corrected versions of the yearbook to the school’s students.

P.S. Just last week, there was a hoopla in Sweden after a school photo company began offering retouch services for things like cold sores, running noses, and black eyes.