Here’s a really creative idea that makes for a really cool and unique music video. For the second single off of his upcoming album Where You Stand, musician Travis teamed up with a creative directing duo to put together a music video shot entirely using an animation projected onto the band’s breath in freezing temperatures.

The creativity that went into this video was obviously two-fold. For one, somebody had to put together an animation that would work in this context and test it out. Then they had to figure out how to film it, making sure that the little man never ran out of hot air — that’s where the band came in. 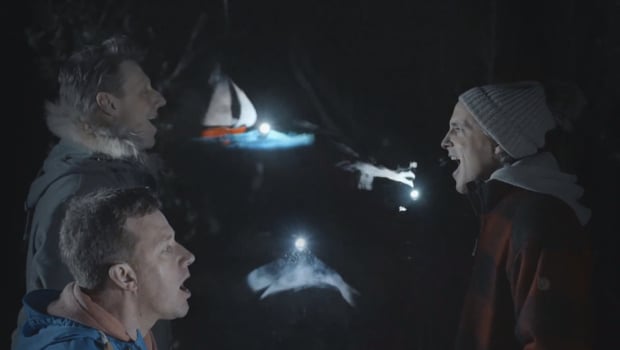 Directing duo Matt Robinson and Tom Wrigglesworth of Wriggles & Robins made sure that all of the band members got involved, and created something really special in the process. This one’ll go right up there with this subtly beautiful music video shot in an eyeball reflection and the lyric lapse music video by The Grouch & Eligh we shared recently.

To see more from Wiggles & Robins, head over to the directors’ website here, or check out their Vimeo channel where you can find one other experiment, called Love is in The Air, which was also shot using this same technique.