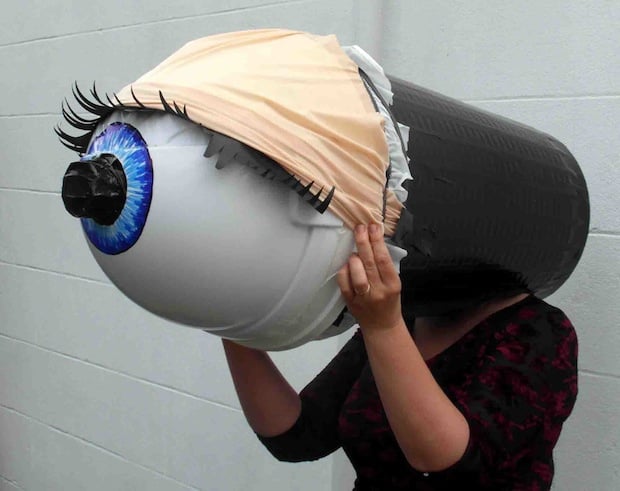 Photographer Justin Quinnell is a pinhole photography master. Over the years we’ve featured his work taking six-month long pinhole exposures that show sun trails, as well as his DIY camera obscura kit that allowed you to display an upside-down version of the outside world in the room of your choice.

His latest project, however, is different from any we’ve seen before. Meant to be used as a game on the festival circuit, the I-Scura (as he calls it) is a massive DIY camera obscura you wear on your head like a helmet. 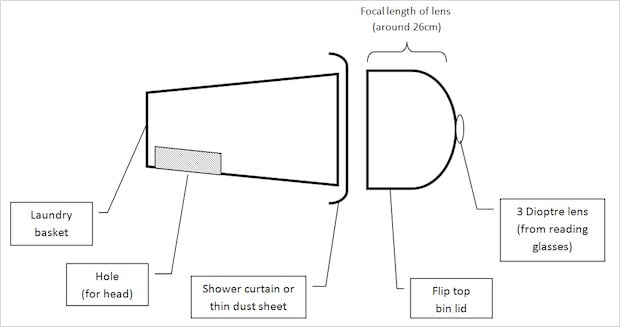 All you need to make your own is a laundry basket, a shower curtain, a flip-top trashcan lid, and a three diopter lens (the type you find on reading glasses). With a little bit of cutting, gluing and creative painting, the final product looks something like this: 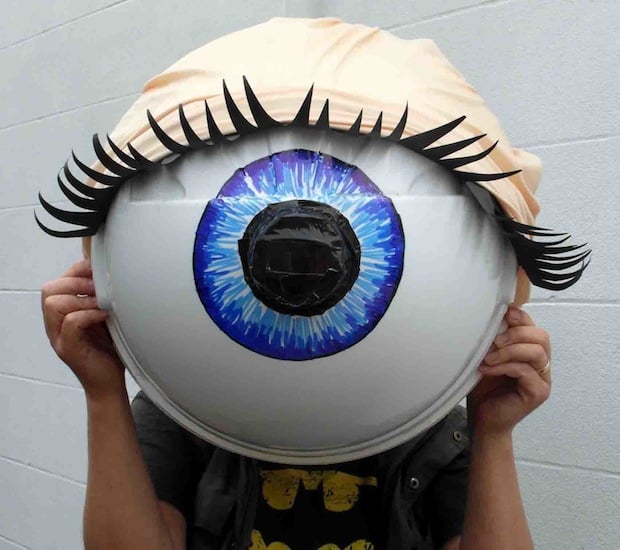 But it’s not just good for scaring people on the street. When you’re wearing it, you get to see an upside-down version of the world in front of you projected on that shower curtain.

At the festivals Quinnell goes to in order to display his pinhole photography and get others interested in the technique, he plans to use his I-Scuras to play a focusing game. Two people stand far apart facing each other, each wearing an I-Scura. They then have to move towards each other and adjust until the other person is in focus.

It might seem simple, but we have a feeling it’ll be a bit of a challenge when you’re looking at the world upside-down and trying to hold the massive laundry basket on your head steady at the same time. Here’s what you would see in that situation: 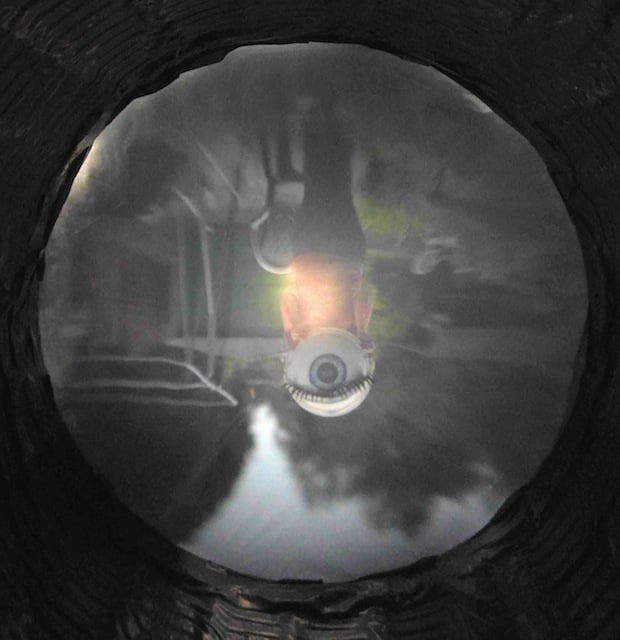 Keep in mind, the photo above was taken on a cloudy day, so it’s not the best example of what the I-Scura can do. To learn more about Quinnell’s quirky invention or read his step-by-step breakdown on how to build your own, head over to his pinhole photography website by clicking here.