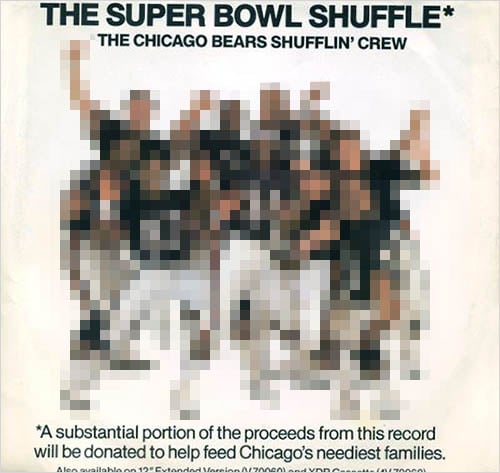 The photographer who captured images of the Chicago Bears doing the “Super Bowl Shuffle” is suing the Chicago Tribune and Fox Sports for allegedly misappropriating the images.


Don Levey, a Chicago-based photographer, snapped images of the Bears doing the song and dance routine celebrating their 1985 season. His company, Leveyfilm Inc., owns the rights to the images, including the one that adorns the sleeves of the “Super Bowl Shuffle” record (a pixelated version is shown above) and videotape.

Levey’s suit charges that the Tribune‘s main news site and its Chicago Breaking Business site, along with Fox Sports‘ The Jersey Chaser, used the cover image to illustrate 2010 stories about Viacom being sued by the the video’s production company for airing the music video without permission.

Levey says the image was used without his permission or proper attribution, thus violating the Digital Millenium Copyright Act to the tune of up to $150,000 per incident.

“We don’t think they have justification for using it the way they used it,” Levey’s lawyer, Mark Barinholtz, told Crain’s Chicago Business. “There’s no fair use here.”

The suit notes that Levey won an unspecified settlement in a similar 2005 case regarding media coverage of the 2oth anniversary of the “Super Bowl Shuffle,” while acknowledging that such issues don’t come up all that often, given the limited shelf life of the product.  “After the 1985 football season and Super Bowl XX, with the exception of the occasional nostalgic broadcast of a clip from the music video, The Super Bowl Shuffle faded from the scene.”