Back in 1992, photojournalist Hyungwon Kang was the only Korean-speaking photographer employed with the LA Times. So when the riots broke out after the infamous Rodney King verdict, he was sent to cover things in Koreatown.

In this short Reuters TV interview, he tells us what it was like to go in with only a camera, photographing looters and firefights and trying to stay safe in the meantime.

And staying safe was no small task. As soon as the riots broke out, he rushed to begin documenting them for the newspaper, but he had only just started taking photos when a few guys chased him back to his car with bats.

The next day, he found a convenience store in Koreatown that had somehow been saved from the looting, and spent time photographing police and armed civilians who were doing their best to keep it that way. 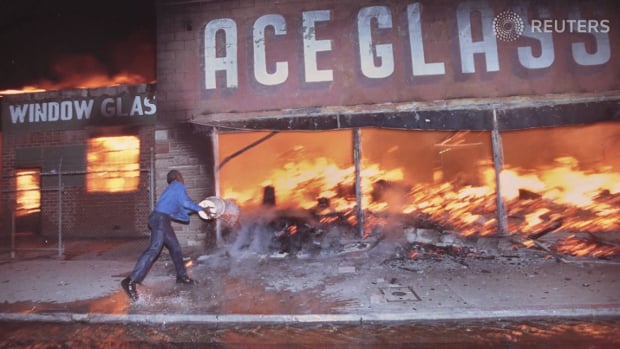 The photo above was his favorite from the riots. Speaking with Reuters, he explains why:

Cornelius Pettus was a shop owner next door to a building that caught on fire. Firemen had turned on a local fire hydrant, and he was grabbing water that was running along the street with his bucket and trying to put out the fire. The fact that he didn’t give up and that he was fighting, to me, was very telling about the spirit of the people of South Central.

You can hear all of this and more from Kang in the video at the top. His experience as a photojournalist during this tumultuous time in LA’s history and the insights he’s drawn from the photos he had the opportunity to capture make for a very interesting and worthwhile interview.