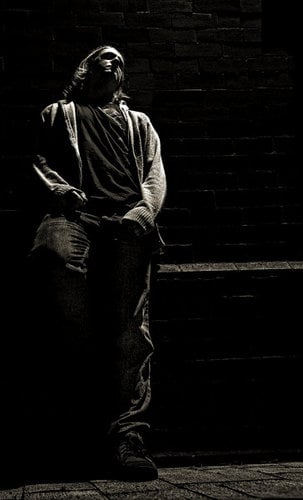 The transition from being a “hobbyist” to being a “professional” photographer was slow and seemed to creep up on me. I’ve been professional now for 6 years (as in, it’s been my only job), and you can find my work on my website. Here’s the story of my journey.

I started off playing with a camera, basically learning as I went after dropping £500 on a Canon 400D, and had a friend of a friend who ran a wrestling company (spandex wrestling, not real wrestling). He heard I had a camera and invited me along to shoot some shows.

It was about this time I discovered photographers I liked (Joey Lawrence, Dave Hill, Marc Adamus) and attempted (badly) to emulate them. I shot a couple of shows and the manager was impressed.

I then got a light, an umbrella and some crappy wireless triggers from eBay for about $15. They misfired 9 times out of 10, had terrible battery life and would fire when someone pushed buttons on a nearby remote control, but I used this kit to redo all the roster shots—not for any money, more for the fact that there were about 30 guys I could use to get my lighting and processing down with a huge safety net (the work wasn’t really for any purpose). 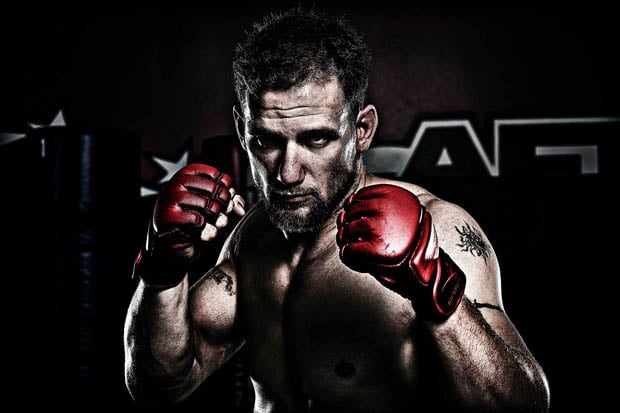 I’d practiced at home with a flashlight on eggs and fruit, seeing how the shadows and forms would change on the objects when the light moved. I figured the basic shape of an egg and a head aren’t too different… sort of.

It was also at this time that I tried to read/watch everything I could to do with lighting and editing. Reading Strobist every single day, reading forums, trying things in Photoshop that sometimes worked and sometimes didn’t. You have to fail 10,000 times to succeed once and eventually you carve out a set of skills that work in many applications. For example, I learned how to colour correct skin from editing skies in Photoshop.

I did the wrestling thing for a while, and a few people saw it, but I always wanted to do band photography. So I looked online while I was at the office job I used to have, searching for band labels, managers etc. and emailed them some of my roster shots from the wrestling saying, “I don’t want any money, just a shoot and you can use whatever you like for whatever you like”.

I got a call from a record label with 2 bands that they were looking to shoot and the ball started rolling. They both went really well and the band loved what I did, then I shot them live, then I shot their album art, then their friend saw it and I shot his band. That was in 2007 and I shot one of those first bands again in 2012, for money this time. 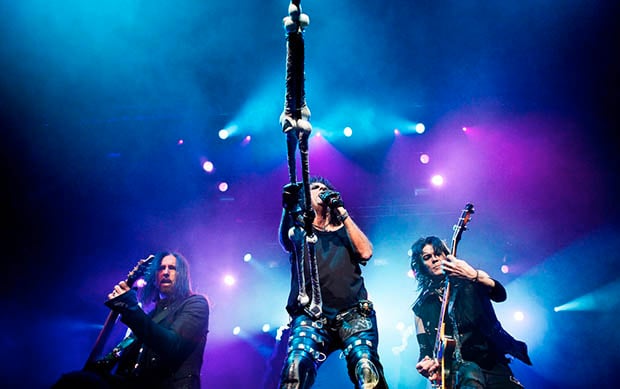 After a few years I moved to America, where a small independent magazine was struggling. I emailed them and met up with the editor with some samples of what I did. Their stuff wasn’t great—iPhone pictures taken by the writers who happened to be there, just snapshots mainly, so anybody could have done better.

I became the staff photographer for a magazine with a circulation of about 4500, shooting editorial pieces and about 5 shoots a month/issue. The pay was terrible (it often is in magazine staff positions) but the experience and portfolio was invaluable.

You meet a tremendous amount of people and shoot things you’d never normally be able to shoot, which for me are the best two things about the job: you get let into people’s weird little worlds and see behind the curtain so you can really immerse yourself in a different life for a few hours before you pull yourself out of it. I was there for 2 years before the magazine folded, and I also did some commercial work because, now I had some publications under my belt, some shoots with pretty big names who came through town that I could use that as a way into ad agencies, PR firms, corporate shoots, whatever I thought of really. I did 4 weddings and hated every second of every one.

I’ve shot for Harley Davidson, UFC, Roadrunner Records, Metal Hammer, Universal, Sony Music, Warner Bros… all because of that little magazine and shooting bands way back when when I had nothing better to do and thought it’d be cool to spend my weekends out of the office (being a phone monkey) doing something cool with my time.

After that magazine, I moved to NY where I was freelancing for a while. It was the same deal: email everybody, leave messages, meet people for coffee, expect nothing. That went pretty well. The rent was paid at least, and I did some nice work, shooting Corrosion of Conformity for their 2012 album, and shot Vision of Disorder for their last album—all through emailing people.

Now I live in New Zealand and work for a global magazine shooting editorial pieces. How did I get this gig? Easy. Emailing people again and again, calling them, seeing if they have 10 minutes free for a coffee and expecting nothing to come of it (because it usually doesn’t), just to put a card in someone’s hand and my work before their eyes.

But, it got me a salaried position shooting for a magazine with a monthly readership of 500,000 in 5 territories. 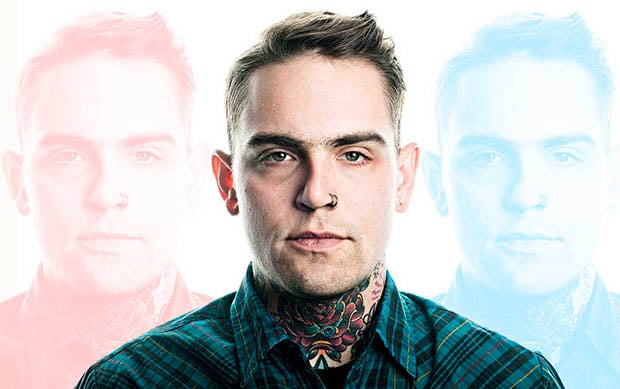 I’ve never used Flickr or anything else. I don’t rate them as professional tools—they’re handy just to put stuff up (like I put stuff on Facebook once in a while) but without your own website I wouldn’t care. I inspect a lot of people’s work now when they proposition the magazine, and a good website goes a long way.

So does having an actual email address like [email protected] rather than @hotmail or @yahoo or something. Those other email addresses say straight away that you’re not doing this full-time. That’s not a big deal, but if you want to be treated as a professional, you have to be professional.

If a builder gave you a card printed on photo paper and cut out themselves at home with rough edges and it was something like [email protected] would you hire them? 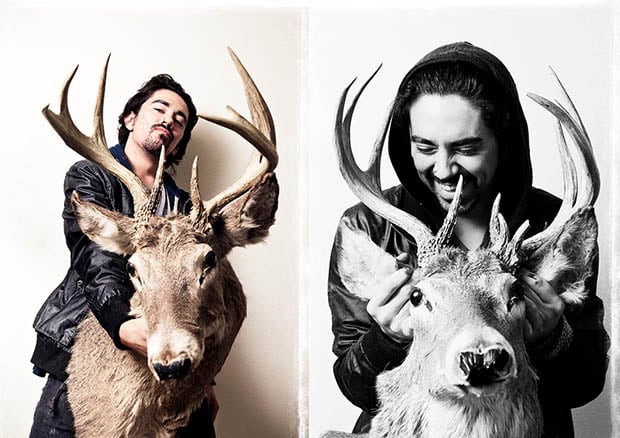 People need to know the person they’re hiring for a service is an expert in the field. To setup a webpage with an email address takes a few hours and a few dollars. Plus, the vast majority of people on Flickr etc are photographers or artists anyway, so you’re advertising to the wrong crowd. By all means do what you want but I don’t think it’s a good thing to strictly use Flickr etc as your only website/presence, or to even to look at it as such.

Which brings me to something I always say: what do you want to photograph? bands? horses? women? food? fish? snooker tables? jewelry? hands? weddings? Make a niche and rule it. Have a style. Shoot everything when you start out to taste everything but don’t set your plans in stone. I wanted to shoot weddings and quickly figured out I hate everything about them (except the money). For some people that’s all they do, and more power to them.

At times you will have to compromise and/or take a job you might not want to do. That’s ok, it’s business after all and we all have bills, but you absolutely have to 100% shoot for yourself and reserve a little bit of time each week, month, day, whatever to do what you want to do.

I shoot a lot of landscapes of New Zealand in my downtime. I find it peaceful, relaxing and grounding to do something so solitary and you can follow your intuitions and experiment.

So, my name is ‘out there’ (slightly) because I meet random people on jobs/assignments and leave a card with them. I ask for theirs too so I can share the photos with them. People will want to see them. Usually in my position I’m shooting CEOs, managers and directors so I’m in a pretty good position to meet the guys who make the decisions.

Was it always this way? Nope, but getting past the receptionist is something you gotta do. Use LinkedIn, use websites, search for the managers, CEOs, directors etc and find out their email address. Don’t send a form email. Personalize them all. It takes a lot longer but the effort is appreciated. 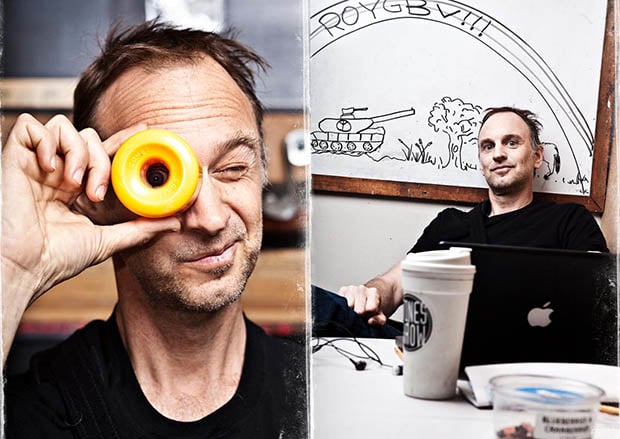 Learn how to light. Seriously. I can’t stress this enough. I have come into contact with so many people who “only use natural light!” and think it’s something to be proud of. It isn’t. If that’s all you use, then you’re lazy and you’re missing out one of the greatest tools available to you.

Plus, every commercial shoot I’ve been on involved lights—sometimes just a light in a bag, sometimes a $3000 a day lighting budget—but you need to know what they do, how to use them, where to put them and how to operate everything safely and efficiently.

It doesn’t take much—just time and a little bit of money—but you can do more with $200 of lighting gear than you could ever do with $200 of camera gear.

I have no pricing info on my website. It’s on a case-by-case basis and if a client wants numbers they can ask me, which they do. I know the rates, know what I can provide and how quickly I can do it. I don’t hire retouchers. I do everything in house myself, be it beauty retouching, colour correction, just everything. I’ve heard from a few clients that this was why they hired me. It’s cheaper for them to not pay more staff, it’s quicker, and there’s only one avenue of contact to fire questions down if they want something cleared up.

Don’t give in. Shoot everything until you find your passion then find out where the work is for your passion.

About the author: Tez Mercer is a photographer based in Auckland, New Zealand who specializes in portrait and commercial photography with a modern, vivid edge. He likes guitars and puppies. Visit his website here.