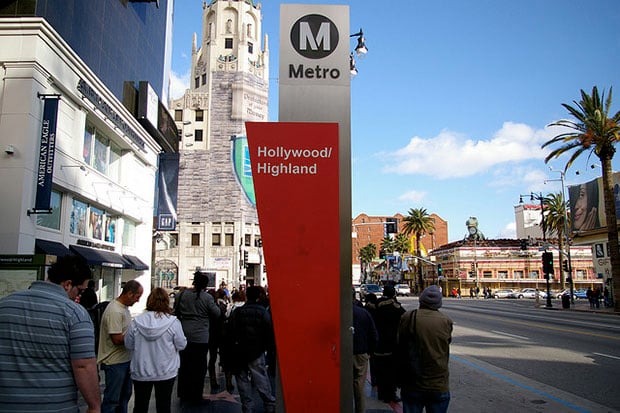 The Los Angeles Times reports that 23-year-old Christina Calderon of Lynwood, California was walking with her friend at the intersection of Hollywood Boulevard and Highland Avenue at 8pm last night when they noticed the three men begging for money with signs laden with obscenities.

After pulling out her cell phone and snapping a photograph of the transients, the men began demanding money in exchange for the photos. When the two women refused to hand over money, they were attacked, and Calderon was stabbed in the torso. She was taken to a local hospital, where she later died of her injuries during surgery.

The place where the attack took place is an area that’s bustling with tourists. Attractions there include Grauman’s Chinese Theatre and the Hollywood Walk of Fame.

Capturing images of homelessness is quite a fad in the world of photography, but this story is a stark reminder that one must exercise discretion and caution when taking pictures of random strangers on the street.

(via Los Angeles Times via POTB)

Update on 6/20/13: LAist has published a photo taken by someone who claims to have witnessed the attack. The photo allegedly shows the attackers and their sign.

Adobe Photoshop CC Has Apparently Been Cracked One Day After Launch