Located the Mexican state of Puebla, Popocatépetl is the second highest peak in Mexico and an active volcano — a really active volcano. It’s one of the most lively ones in the country of Mexico, with over 15 major eruptions on record since 1519 and plenty of smaller explosions through the years.

Yesterday, Popocatépetl experienced another powerful explosion as the top “popped off” to relieve the pressure within. A webcam pointed at the peak was able to capture the whole thing, and the video above shows what the explosion and resulting shockwave look like in time-lapse. 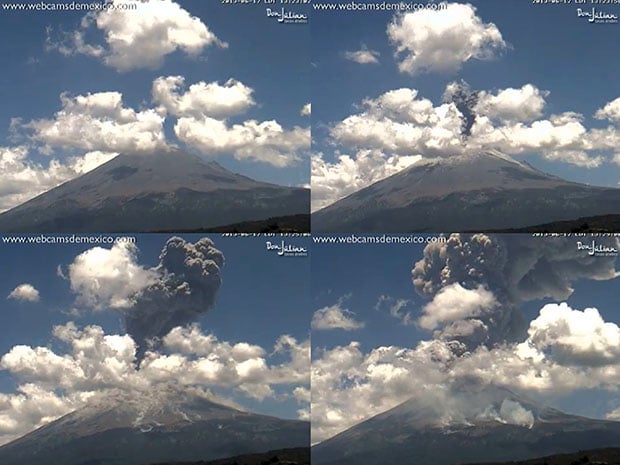 The video was published by Webcams de México and is only half a minute long. However, the timestamp found in the upper right hand corner shows that what is seen actually occurs over a span of about 12 minutes.

Although it was a sight to behold, the explosion wasn’t a significant one, as evidenced by how tranquil the scene looked in a CENAPRED webcam just two hours later: 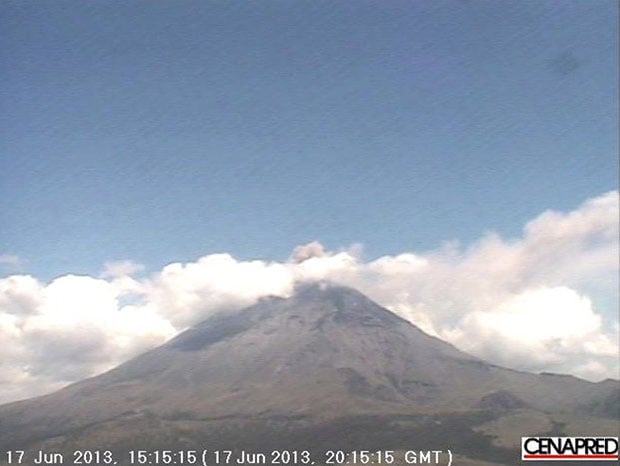 CENAPRED stands for National Center for Prevention of Disasters, and is Mexico’s federal agency tasked with alerting its citizens about disasters. The agency currently has Popocatépetl’s Alert Level set at Yellow, Phase 2.

Citing the fact that there have been 78 “exhalations of low to moderate intensity” over the past day, CENAPRED is restricting access to the area over a wide radius (~7.5 miles), controlling certain roads, and instructing local authorities to be ready to respond.