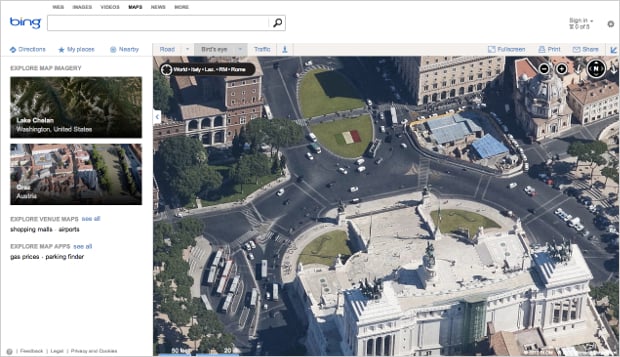 With Google being the powerhouse that it is, and Google Maps along with it, it’s easy to forget that there are other maps out there. It’s safe to say that it has been a long time since anyone mentioned the likes of MapQuest or picked Yahoo! Maps instead.

Another search engine/maps provider we don’t hear a lot about is Microsoft’s Bing, but today the company is announcing the addition of a staggering amount of “bird’s eye” imagery to its Maps repertoire.

In the biggest update ever rolled out to Bing Maps, Microsoft has added a whopping 270 terabytes of flyover imagery to Bing Maps’ “Bird’s Eye” option. The images are all high-resolution and some newly added areas are quite beautiful/worth a digital visit. 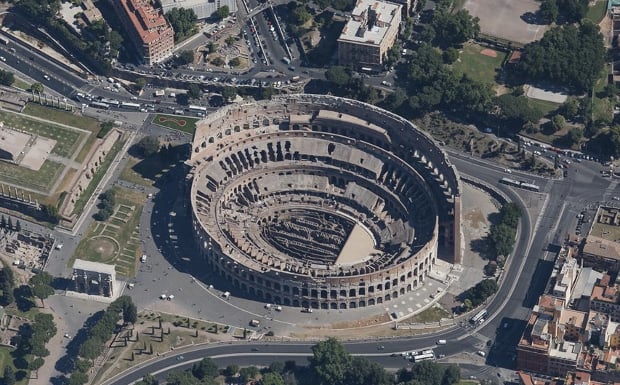 Among the places in that category are Rome and Milan in Italy, Tampere in Finland and Kaanapali in Hawaii. All of them are available for you to browse through on Bing Maps, with direct links to each of the most beautiful destinations available in the official announcement on the Bing Maps blog.

In addition to the huge upload of aerial imagery, Microsoft also added points-of-interest to its Venue Maps feature (maps that show the interior layout of certain buildings and stadiums), bringing the total number of Venue Maps to 4,700 in more than 59 countries. And if you discover an issue with some of the bird’s eye imagery or a venue map, you now have the option of reporting it using the new “Report a Problem” feature.

For more details and links to all of the best aerial views now available on Bing Maps, head over to the Bing blog by following this link.