It’s always a good idea to get to know your neighbors. Case in point: photographer David Vincent Wolf recently found himself directing a mind-bending music video for the band Portugal. The Man, and all because his neighbor Rich Holtzman happens to be both the manager of the band and the father of his daughter’s preschool classmate.

The opportunity came about when Wolf and Holtzman were having a conversation at a party. Wolf pitched the idea of putting together a music video made up entirely of stills taken at 1fps, and then interpolated using Twixtor until the footage played at 24fps.

The original idea was to capture the lead singer lip synching the song in a video that was only right once every 24 frames, the rest would be 100% computer generated. 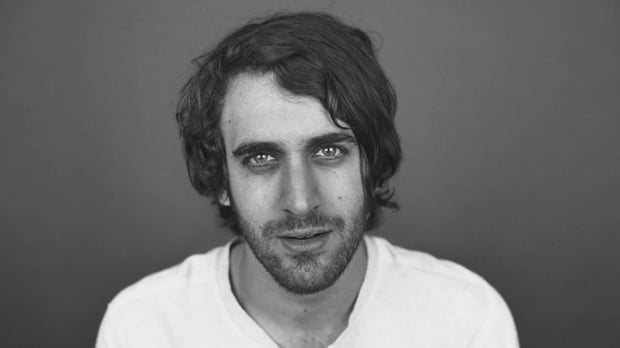 As you can see from the video, that’s not quite what ended up turning out. After several test runs where Wolf filmed his daughter singing the alphabet song, the idea wound up being more complicated than it was worth. Fortunately, what resulted seems to be even cooler.

Using his D700, a 50mm f/1.4, a 45mm tilt-shift and some hot lights, Wolf ended up photographing all of the band members at anywhere between 1 and 8fps as they rolled their eyes into the backs of their heads, grimaced and made other creepy facial expressions, allowing Twixtor to interpolate the frames in-between.

It was the post processing that took the longest. After making every frame black-and-white in Photoshop, he had to organize the photos into folders based on band member and expression/action. The resulting frames were then brought into After Effects, where Twixtor was applied with a frame rate setting of 1fps. The resulting video has both the band and record label thrilled, so Wolf really doesn’t have much to complain about. Atlantic Records has even asked him to shoot another video in a similar style. Wolf, however, (like any good photographer) still sees room for improvement.

In a recent Reddit AMA, he explains that, because of the spur-of-the-moment style of the shoot, he was focusing mainly on eye movement. He only realized later that it was the “facial distortions, grimaces, etc.” that were the most “compelling.” In the future he hopes to take full advantage of that fact.

To see more from Wolf or find out more about this particular project, head over to his website or check out his Reddit AMA.

Photos of San Francisco in 1951, Snapped Through a Navy Submarine Periscope