When the Canon 50D camera made its debut in August 2008, video capture wasn’t one of the listed features available to buyers. Today, that’s a different story, thanks to the Magic Lantern RAW hack that has brought video recording to the now 5-year-old camera.

What may surprise you is that it appears the 50D was originally designed to have video recording capabilities, at least some time before launch. That’s what cinema5D is hearing from an anonymous tipster who claims he works at Canon. The video recording feature was obviously dropped prior to the launch of the camera, he says.

Perhaps the biggest proof of the tipster’s claim can be found right in the camera’s body, believe it or not. In a YouTube video showing the dismantling of the 50D (embedded above), the tipster shows us the camera appears to sport a microphone base. That microphone, of course, was never used in the final version of the camera released to consumers. 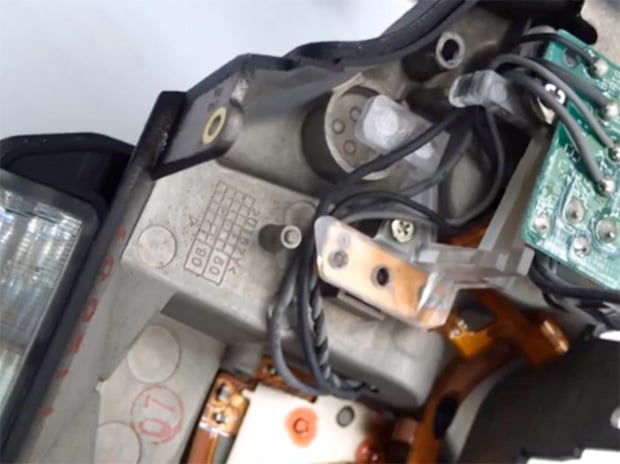 The question now is: why did Canon scrap video capturing for the 50D. Was it simply not ready? Was the move financially motivated?

We may not get the clear-cut answers we’re looking for, but nonetheless, it’s interesting to see how products evolve (or shall we say regress?) during the development process.

(via cinema5D via CanonWatch)

Update: The video has been removed after the tipster was contacted by Canon and threatened with legal action.

Interview with Shane Lavalette, The New Director of Light Work