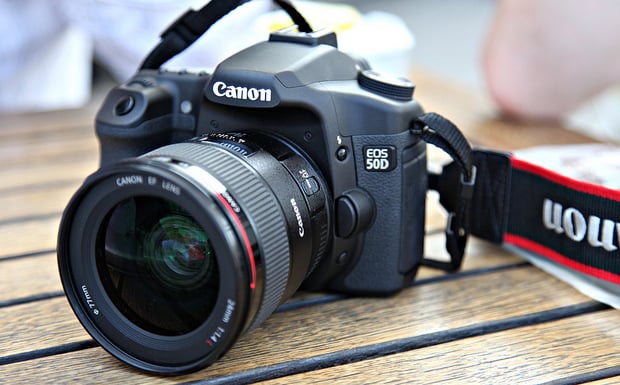 The Magic Lantern team deserve some sort of award … or a ribbon … or at the very least a hug. That’s because, lately, they’ve been making ground-breaking RAW video announcements almost weekly. From the very beginning of the story — when they discovered a RAW DNG output in live view — to the breakthrough when they began pulling in that stream at 24fps and full 1080p HD, it’s been nothing but good news out of the Magic Lantern camp.

But get ready, because the celebration is only just beginning. Before now, taking advantage of Magic Lantern’s RAW video capability would have required you to have a 5D Mark III or II, but EOSHD forum user Julian Huijbregts has demonstrated that the same is now possible out of Canon’s 5-Year-Old $500 50D!

No, you didn’t read that wrong. For under $500 on eBay, you can now purchase what amounts to a Canon Cinema Camera that can shoot RAW video nearing 1080p full HD resolution. The software is very early in development (no word yet on when an official update will make it to the public), so improvements are bound to surface. For now, Huijbregts was able to shoot resolutions as high as 1592×720 at 24fps with no frame skipping using a SanDisk 32GB 95MB/s card:

As it turns out, the 50D — which was released at the same time as the 5D Mark II — has always had video capability, it was just locked out in firmware. Additionally, because it came out before the pixel war really took effect, its 15-megapixel sensor performs extremely well in low-light.

Couple that with the fact that it comes equipped with a UDMA 6 CF card slot for high transfer rates, a large buffer and a more professional-style build than its successor, the 60D, and it almost seems like this kind of high-end video is what the 50D was born to do.

If you don’t mind skipped frames after the first 50, the current ML build can push the 50D to collect 24p RAW video at up to 1592 × 1062. Given some time (and, at this rate, not that much of it) the team will very likely manage to push RAW video on this extremely cheap APS-C cam to 1080p full HD.

That’s all we know for now. To see all of Huijbregts’ results — including an anamorphic test, original DNG files, moire test and sample videos processed in Magic Lantern’s RAW mode — click here to download his full 50D sample pack.