HDR (high-dyanamic-range) video is no new concept. In fact, Magic Lantern has offered a way to shoot HDR footage utilizing Canon DSLRs since 2011. It’s even become a feature of some mobile phones. But capturing and displaying HDR video in real-time? Well, that’s another story. 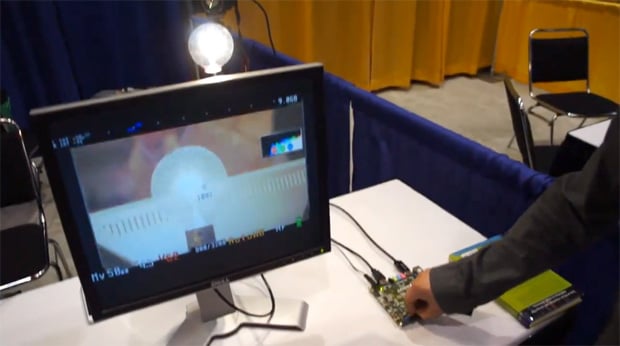 It’s perhaps one best told by University of Toronto grad student Tao Ai, who has been working with computational photography researcher Steven Mann at the University. Together, they’ve worked out how to shoot HDR video in real-time, with minimal latency.

Using a Canon 60D running the free Magic Lantern firmware, a video processing board with a field programmable gate array, and custom-written software, Tao Ai was able to take the HDR capture feed (which to the camera operator appears to be a very rapid flickering image) directly from the camera, store it in a buffer, and run it through the processing board before the final image was displayed on-screen.

The product? And real-time HDR video feed output at 480p resolution at sixty frames per second. Ai’s demonstration in the video above (filmed by Engadget) shows an output that appears to be free of latency. 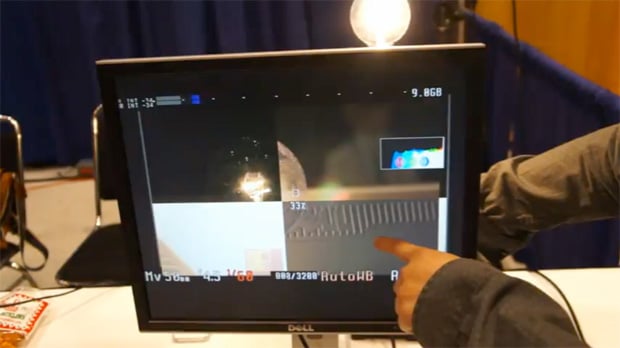 The system is capable of outputting to a higher resolution and higher frame rate, just not with the equipment used in Ai’s demonstration (which includes a Xilinx chip-equipped Digilent board valued at $200).

A system capable of producing a 1080p real-time HDR feed is currently being worked on utilizing a better processing board and improved memory to improve buffering bandwidth.

While the technology is still in its research phase, it’s not difficult to imagine this technology incorporated into everyday camera systems down the road. The only question is: how long will consumers have to wait?

Interview with Shane Lavalette, The New Director of Light Work