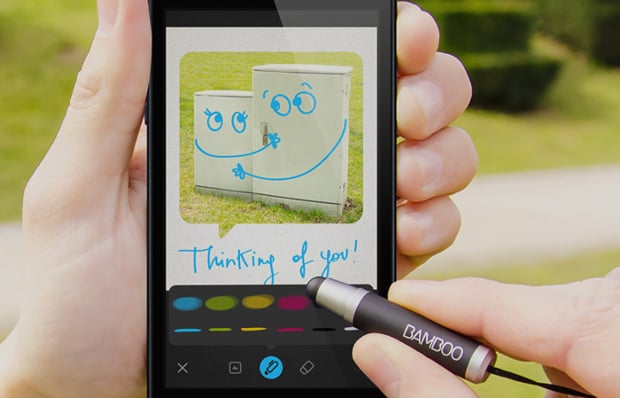 Wacom — the same company that brings Photoshop artists and big spenders products like the 24HD Touch — announced today that it is making an addition to its more whimsical line of Bamboo products. Dubbed Bamboo Loop, the new iOS (and soon Android) app puts photo sharing and SMS together to create a more fun and engaging messaging experience.

This isn’t Wacom’s first foray into the iOS app market. The company’s Bamboo Paper app is a relatively well-received notebook app for iPad users. But this is the first time Wacom has put its connection to photography to use in this way, and the app has already garnered some positive attention from the tech media.’s
Here’s a short ad that shows you what Bamboo Loop is all about:

The app is fairly straight forward: once users download the app for free off the iTunes store, they will be able to take pictures, add graphics and write messages on them using “a variety of styles and realistic inking tools.” They then send their creation, now known as a Loop card, to any number of friends.

Once the photo recipient has seen your message, they can either create their own, or “loop” the card back after they’ve added their own flair — all they have to do is literally swipe it back to you. Both sender and recipient will also have the opportunity to share their Loop card on Facebook, Twitter, Tumblr and Instagram. 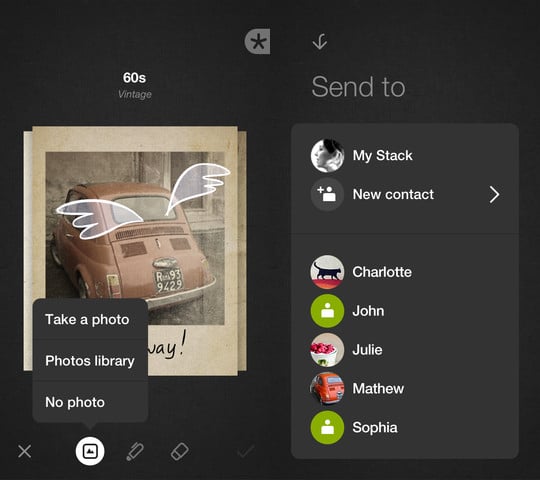 It’s worth noting that, just like the Bamboo Paper app, only the bare essentials are free. In-app purchases round out the product, with styles such as Vintage, Art Paper, Pattern and Candy all costing you an extra $2 per.

Still, if you and your friends wanna give the new photo messaging app a go, head over to the Bamboo Loop site for more info or pick up the app in the iTunes store here. Android users, on the other hand, can head here and put down their Email to receive a notification as soon as the app makes it to the Google Play store.