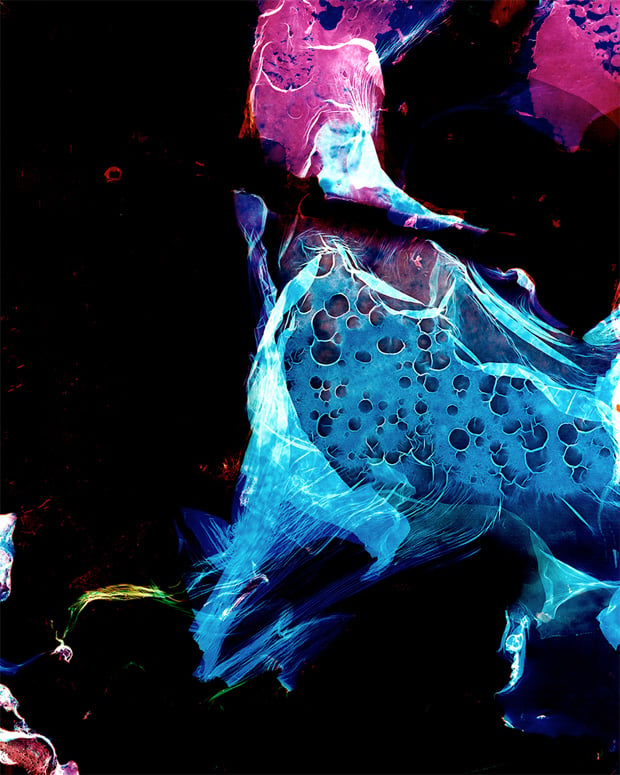 Colorful and unusual patterns pictures are what photographer Erno-Erik Raitanen calls self-portraits. The pictures, which Raitanen says are more like photograms, involve no camera, some photographic film, and bacteria.

The series, called Bacteriograms, is a display of Raitanen’s own body bacteria cultivated on the gelatin surface of film negatives, much like bacteria is grown in Petri dishes in a laboratory setting. 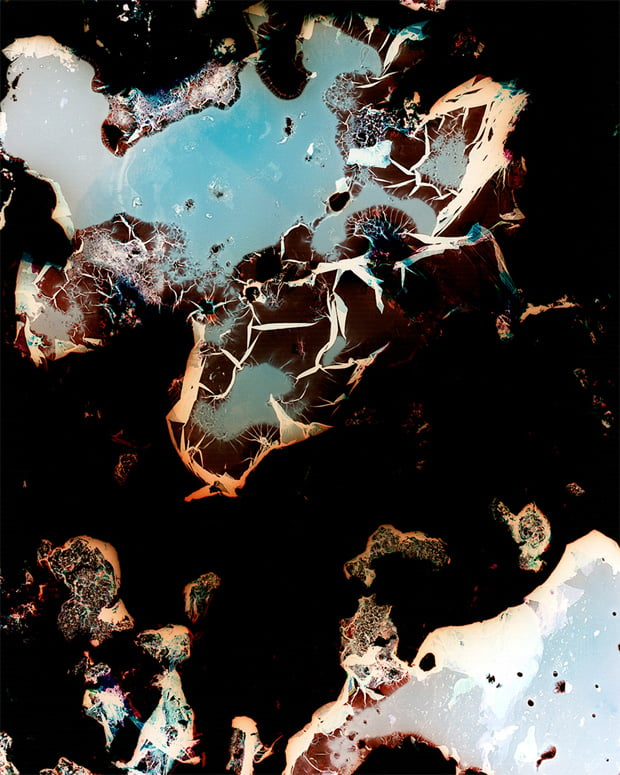 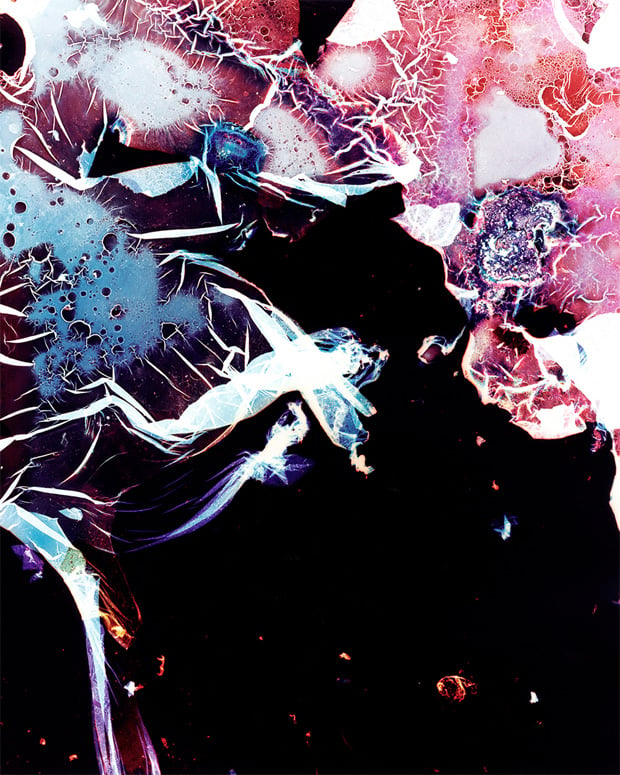 “I have gathered the bacteria samples from my own body,” he says. “The bacteria consumed the film surface producing photographic images that are entirely created by a chance. I have been removed from the process but, at the same time, the images are a product of my body; self-portraits.”

According to Raitanen, the Bacteriograms do not show the bacteria themselves, but rather show traces of bacterial activity. “These images are just a piece of degraded and therefore deconstructed film, which reveals the components that create the illusion we perceive as a reflection of the reality in the photographic image,” he says. “With this work I want to raise questions about representation and reality; the nature and the place of [the] photographic medium in contemporary society.”

For more of Erno-Erik’s work, check out his website.

Image credits: Images by Erno-Erik Raitanen and used with permission