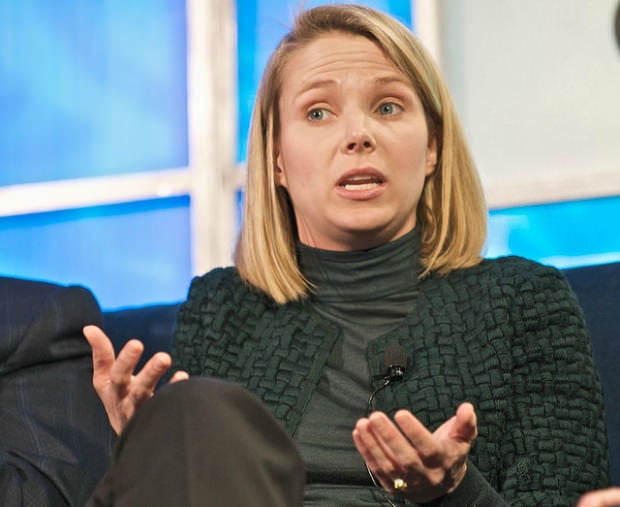 The movement, campaign, hashtag-spree (whatever you wanna call it) is at its core a chance for the entire internet to ask Marissa Mayer to pretty please fix this, that or the other about Yahoo!. And one of the requests that has gotten the most leverage, in fact the request attached to the dear Marissa Mayer website, is that she please “make Flickr awesome again.” 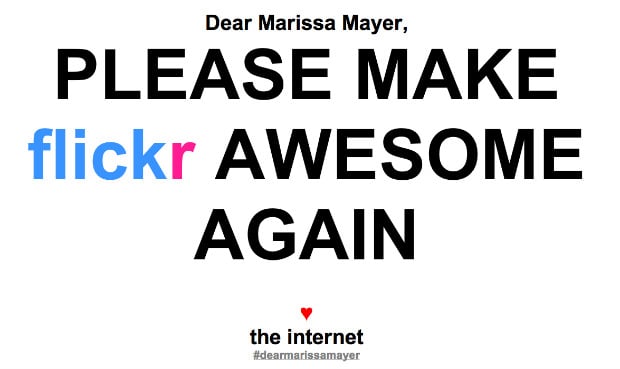 The request, which is mirrored and expanded in a very impressive open letter by photographer Thomas Hawk, has already been tweeted over 16-thousand times and liked on Facebook over 7-thousand times — there’s no doubt about it, people want to see Flickr restored to its glory days.

Just about everybody in the photographic community loves, or at some point loved, Flickr; we’re no exception to that rule and we don’t think you are either. So go lend your voice to the fray, let Marissa Mayer know that “make Flickr awesome again” should be on the top of her sizable Yahoo! to-do list. Maybe that way Yahoo! will be able to keep this CEO, and the steady improvements Flickr has been making over the last year will lead all the way to a total restoration… and beyond.