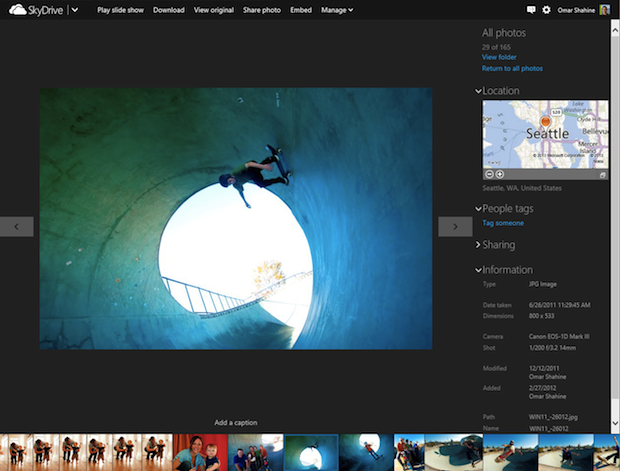 The update is still technically rolling out to everyone over the next 24-hours, but those users who have already received it will notice a new photo timeline, faster uploads, an altered thumbnail layout, and thumbnails for Word and PowerPoint files are all now part of the experience.

The most highly-requested of the updates is the faster upload speed. According to Microsoft, a combination of server code and application code alterations allow users to upload photos to the new SkyDrive up to 3x faster. 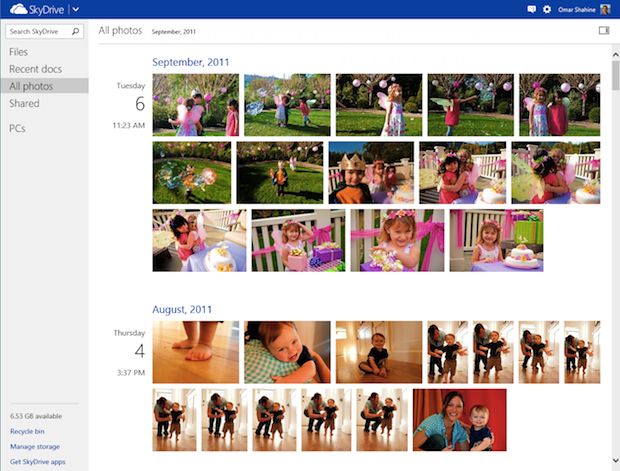 In addition to the upload speed improvements, Microsoft has also updated how SkyDrive handles photos. The new timeline organizes them based on album and time taken, making it that much easier to find photos. And if you want to scroll through photos in a slideshow view, you can take advantage of the new “filmstrip view.”

To try the features out for yourself and/or find out more about the update, log into your own SkyDrive or head over to Microsoft’s official announcement.