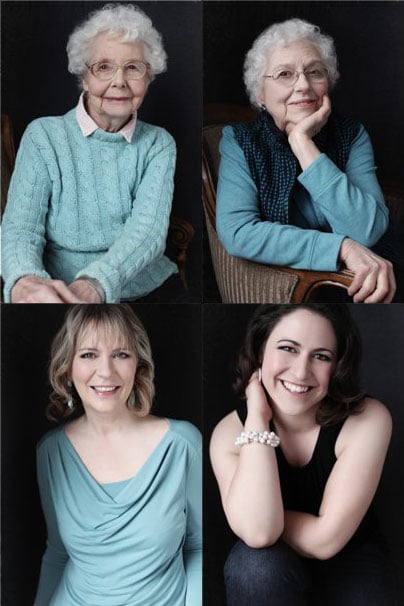 A trendy project in the photo world these days is collecting portraits of people of different ages. Photographers have photographed people of ages 0 through 100 based on location and gender, and some are doing the same project with short video portraits.

Seattle, Washington-based portrait photographer Chamonix Thurston-Rattue recently decided to start her own age collection project titled “100 Years of Beauty.” Her goal is to create a portrait of a woman for each age between 0 and 100.

“There is beauty in every woman,” the photographer writes, “There is something uniquely beautiful about every stage of a woman’s life.”

When you’re six, it’s the goofy smiles that are so big your cheeks hurt; at sixteen it’s skin that glistens so smoothly in the light; and at sixty, it’s a seductive sophistication that’s hinted at by silver strands of hair. Each age offers something special we can look forward to with anticipation, enjoy fully, and remember fondly.

Thurston-Rattue has an interesting way of keeping track of which ages she still needs. She collected some paint swatches from a local hardware store, and then labeled the color boxes with ages 0 through 100. The colors and ages “all seem to fit perfectly,” she says. Age 4 is “tutu” colored. Age 6 is “eraser pink.” Go up to age 90, and you’re staring at “egg yolk.” 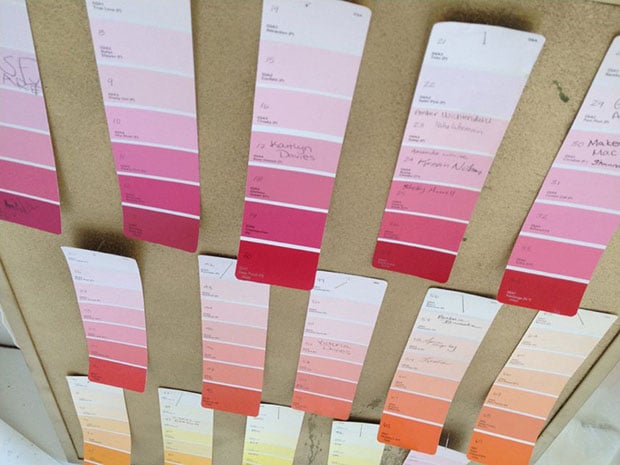 After coming up with the name and concept of her project, Thurston-Rattue was asked what she would do if she came across a 101-year-old woman. She immediately replied, “I would change the project to ‘101 Years of Beauty’!” Little did she know that the name change would happen less than 24 hours later…

The next day, Thurston-Rattue visited a local networking event in Seattle. While chit-chatting with some women, one of them utter words that were like music to Thurston-Rattue’s ears: “”My great-grandmother is 101.”

Thurston-Rattue says she practically booked a photo shoot with the woman and her relatives on the spot. It was a single shoot that would capture four different ages for her age collection project — all in a single family! 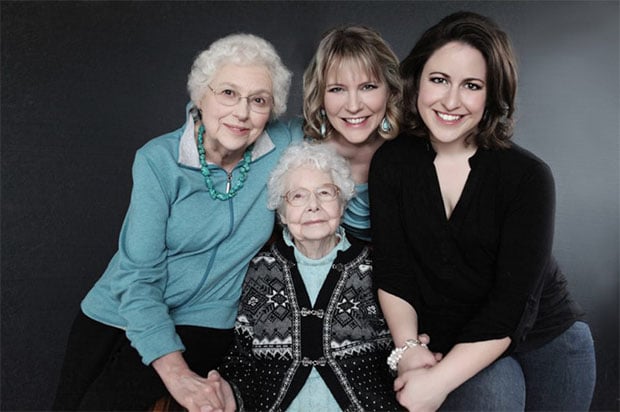 As with many of her other shoots for the project, Thurston-Rattue also created video portraits of the subjects as they sat together and “reflected on their lives and ages”:

You can follow along with the “101 Years of Beauty” project over on Thurston-Rattue’s blog.

Image credits: Photographs by Chamonix Thurston-Rattue and used with permission

BTS: Chase Jarvis Literally Gets to Make His Dream a Reality for a Samsung Ad