How do you capture 5050 years of life in a single 150 second video? By capturing portraits of 100 people representing ages 1 through 100.

In October 2011, Dutch filmmaker Jeroen Wolf began roaming the streets of Amsterdam with a Panasonic GH2, asking strangers if he could film them stating their ages. Wolf’s goal was to collect 100 people with every single age between 1 and 100. 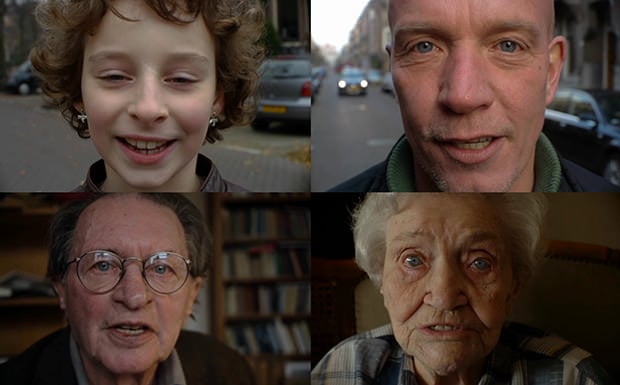 At first my collection grew fast but slowed down when it got down to the very young and very old. The young because of sensivity around filming or photographing children and the very old because they don’t get out of the house much. I found my very old ‘models’ in care homes and it was a privilege to document these — often vulnerable — people for this project. I had particular problems finding a 99 year-old. (Apparently 100 year-olds enjoy notoriety, but a 99 year-old is a rare species…) And when I finally did find one, she refused to state her age. She simply denied being 99 years old!

Four months after he began his project, Wolf captured his final portrait and created the beautiful video seen above. Altogether, the 100 people in the video have seen 5050 years of life.

The project reminds us a lot of Belgian photographer Edouard Janssens’s 1 to 100 Years Project, which used photography rather than video.