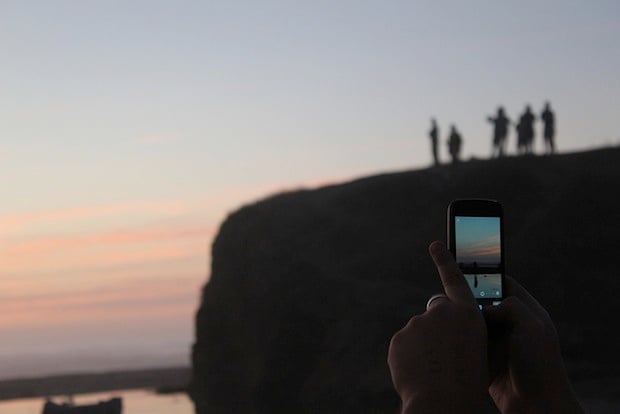 A team of researchers led by PhD student Dustin Adams at the University of California at Santa Cruz have created an amazing application that may someday soon help visually impaired photo enthusiasts and photographers take better photos.

The app, which is due to be presented at the Pervasive Technologies Related to Assistive Environments conference in Greece later this month, was created by addressing the top concerns visually impaired photographers have when taking pictures with a smartphone.

First, Adams’ team gave the 54 people with varying degrees of impairment a quiz that asked them what they found most difficult about taking photos. Then they compiled that data and used it to create a blind-friendly smartphone app.

The app brings together several features that should make it uniquely useful to visually impaired persons. For example, the app uses face detection and the phone’s accessibility features to tell the photographer how many faces are in focus in the shot.

It also replaces the shutter button with an upward swipe motion, and every time a photo is taken, the app captures a 30-second audio clip that will help the photographer better identify and remember the photo when he or she pulls it up.

For now, we have no screenshots or videos of the app in action, but if you want to learn more about the project before it debuts later this month, you can check out the full research paper by clicking here.

Image credit: “Woah! It’s the kid with the hat!” by quinn.anya