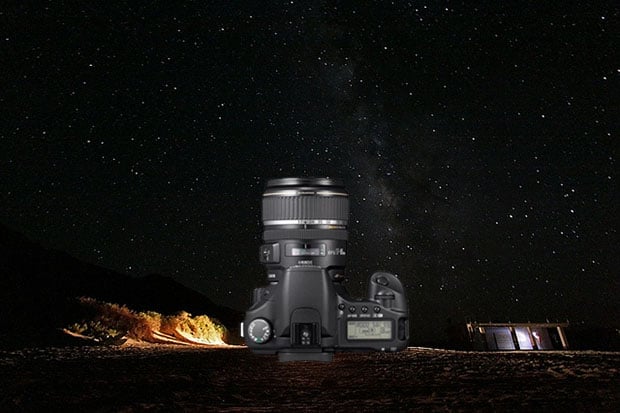 Think subject tracking in camera is impressive? Future Canon digital cameras may have image stabilization systems that can track stars. At least, that’s what a recently published Canon patent seems to suggest. The company may also be working on technology that can produce higher resolution photographs by shifting the camera sensor.

Both patents were first spotted by Japanese camera site Egami. The first one is for an astro-tracking image stabilization unit: Canon already sells a DSLR specifically designed for astrophotography, the Canon 60Da, and this technology would likely be complementary to specialized filters and low-noise sensors (like the ones found in the 60Da).

The patent reveals that the system would be able to automatically track stars and celestial objects using data from the camera (e.g. GPS, electronic level) and by calculating the speed and direction of the stars as they traverse the sky.

A second patent published recently describes a system for capturing high resolution photographs by exposing the sensor multiple times and combining the shots.

The technology appears to use “pixel shifting” by slightly shifting the sensor and/or the lens in order to capture more of the scenes information across multiple photos. These ever-so-slightly shifted photos would them be combined in-camera for an image that has higher resolution than a single exposure.