The video above is a creative stop-motion video that uses water drops as the “lens” through which the animation is seen. It was created without any computer-generated trickery: 2,000 individual photographs of different water drops were shot and combined to create the video.


The video is titled “Entropy”, and was created by Physalia for IdN Magazine as a logo formation video intro.

After receiving the project, the Physalia began brainstorming ways they could present a short logo animation. They eventually settled on a question: “What if we could have […] the logo formation inside a water drop falling? Could we have replacement animation inside a water drop-and still be able to see it?”. Once the idea was seeded in their minds, they decided to try and make it happen.

The team was inspired by photographer Markus Reugels’s photos of various things reflected inside drops of water: 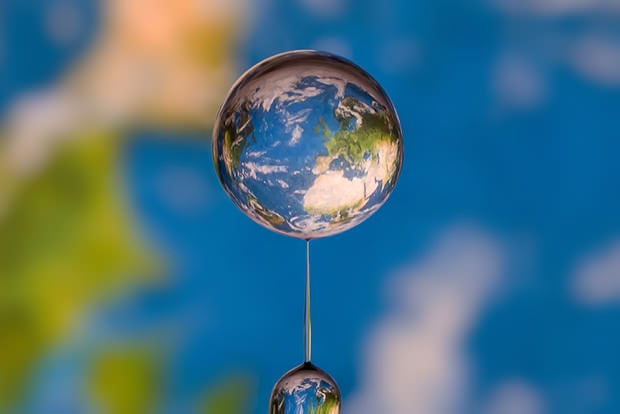 They created an electronic water drop detection system, which allowed them to shoot the photos with an ordinary DSLR and a flash, rather than having to shell out money for a fancy high-speed camera.

To capture each drop in exactly the correctly place, they built a custom Arduino-based system that snaps photos (and triggers flashes) at precisely the right moment as a drop of water breaks the beam of a laser pointer. They also used a motion control rig in order to track the water drops lower and lower until they finally impact the water below: 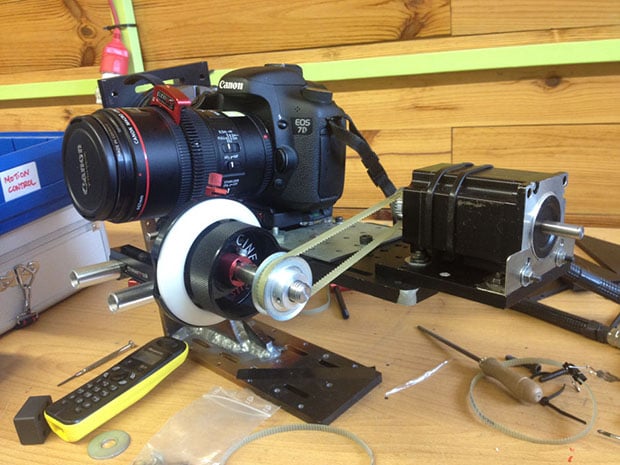 Here’s one of the earlier technique experiments:

In the end, the team was able to create the animation by shooting 2000 photos of water drops falling in front of 320 printed animation frames.

No two drops seen in the animation are the same drops of water. The project took 3 weeks, 45 tests, and 20,000 photos before the final result was created.

Here’s a behind-the-scenes video showing the project coming together:

Physalia did a great job of documenting the whole project for those of you who might be interested in recreating or building upon this concept. There’s a long writeup on the project on the group’s blog and a step-by-step guide on Instructables.