The photographic story of Sebastião Salgado doesn’t begin when he was handed a camera as a child. It, like a few others we’ve shared, begins much later in life (after a PhD in economics) when photography, as Salgado puts it, “made a total invasion into [his] life.”

That invasion led to the creation of his own signature style of both photo and photo project. He would work long-term, spending years putting together incredible black-and-white exhibitions that captured human stories on a global scale.

In this TED talk, he discusses his life’s work with us: how it opened his eyes to everything bad in the world (nearly killing him in the process) and how it eventually made its way back into his life as a way to document all of the pristine beauty in the world worth preserving. 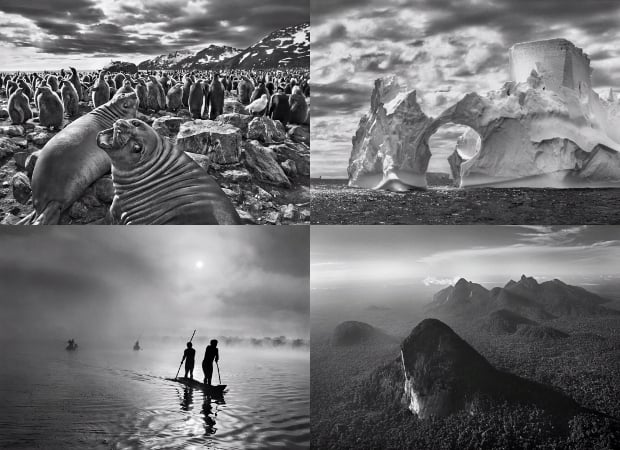 That project, dubbed Genesis, took Salgado 8 years to shoot, and makes up the brunt of this TED Talk he has entitled “The silent drama of photography.” Serving as his return to photography, Genesis shows how his world view had changed. In the past, he had spent years photographing desperation, disease and death; a process which left him desperate, sick and nearly dead — Genesis is fundamentally different.

Genesis is his first departure from photographing exclusively humans. He wants to show the world all of the incredible, largely undiscovered and untouched nature in the world — from animals, to dense rain forests, to tribes in the Amazon. By showing the world these pictures, he hopes to encourage us to not only preserve these pristine environments, but to rebuild some of the ones we’ve already destroyed.

To see and hear much more from Salgado about his history, his photography, and the Genesis project in general, be sure to watch the entire TED talk embedded at the top. And if you’re really interested, you can learn more and/or pick up the Genesis photo book by visiting his website here.