We know that the Instagram community is alive, well, and more than 100 million strong, but until today, we had never heard of an Instagram meetup. Called Instameets, it seems that these meetups have been happening all over the country for a while now; and for a recent Instameet in Santa Monica, Instagrammer Ravi Vora decided to put together a mini-documentary to chronicle the experience.

About 115 prolific Instagrammers showed up to this Instameet. Most came toting iPads and smartphones, a few opted for DSLRs or rangefinders, and some even brought props with them. But whether they were a first-timer or an Instameet veteran like Vora, it looks like everyone had a good time meeting people and attaching faces and handshakes to usernames. 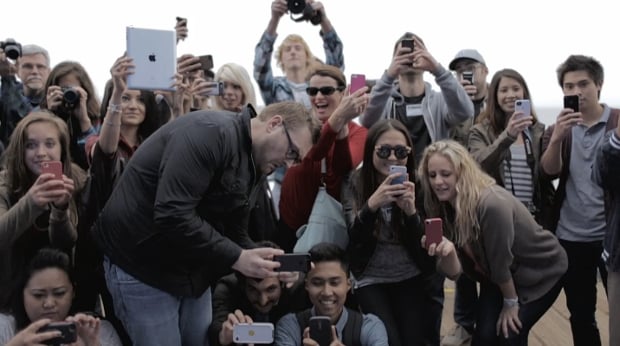 Vora is obviously passionate about Instameets and Instagram in general. He loves the concept of a community that is dedicated to inspiring each other through photos, and Instameets are a great way to meet a small slice of that massive user base. Even if you’re not a big Instagrammer though, it’s an opportunity to get some interesting snaps of some interesting people.

You can read more about Vora’s experience attending and documenting the April 13th Santa Monica Instameet here, or check out photos from the event by searching the #santamonica0413 hashtag.