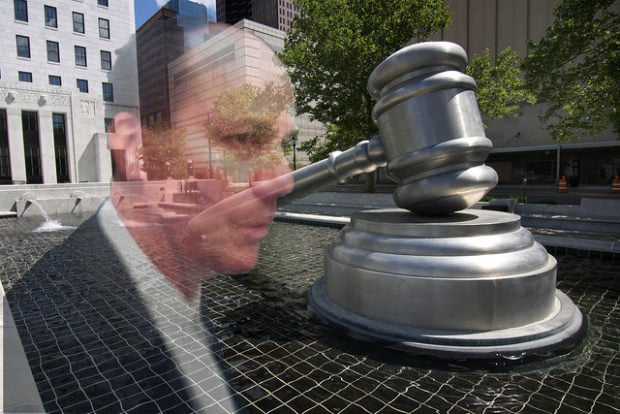 There’s a fine line between fair use, copyright infringement, and downright theft. And while some might argue where exactly that line stands, “rephotographer” and appropriation artist Richard Prince just got a Federal Appeals Court to take his side in what may turn out to be a landmark ruling regarding fair use.

In case you’ve not kept up with our previous coverage on the matter, here’s a short recap:

Back in 2011, Richard Prince lost a major copyright lawsuit to photographer Patrick Cariou. Cariou sued Prince over 41 photographs from the book Yes, Rasta that Prince had appropriated, modified, and then displayed at a gallery exhibition that nabbed him and the gallery some $10 million.

The US District Court ruled (and many photographers agreed) that Prince’s work was not fair use, and ordered that all the infringing works be destroyed. Prince’s less than compelling side to the story came out in an interview in which he said, “I didn’t really even think to ask. I don’t think that way, it didn’t occur to me to ask him and even if I did and he said no, I still would have taken them…”

Here’s an example of the types of modifications Prince made to Cariou’s work: 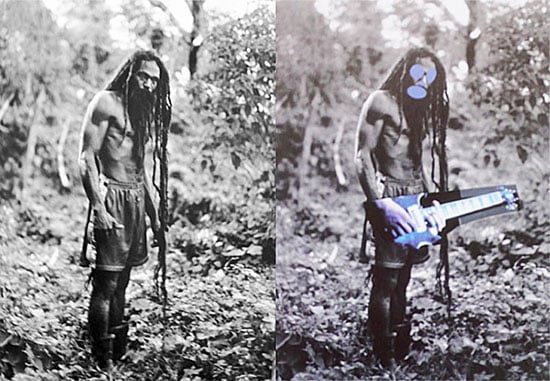 But that 2011 ruling has just been overturned by a Federal Appeals Court, which ruled that 25 of the 30 works at the forefront of the dispute are, in fact, fair use. Speaking to Art in America, attorney Virginia Rutledge said that the ruling “absolutely clarifies that the law does not require that a new work of art comment on any of its source material to qualify as fair use” — a precedent that some see as saying that all appropriation art is inherently fair use.

The court explained that the new work doesn’t have to comment on the original in any way, as long as it alters the original in such a way as to provide a “new expression, meaning, or message.” Read into that how you will.

While this is, no doubt, a devastating blow to Cariou, he hasn’t entirely lost. The remaining 5 photos in dispute have been send back to the lower court, where they are to be re-evaluated using the new standard handed down by the Appeals Court.

Image credit: Photo illustration based on Giant Gavel by Sam Howzit and photograph by Nathaniel Paluga