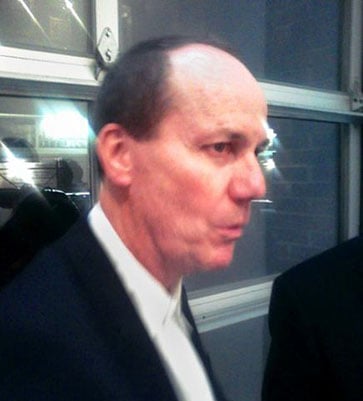 Yesterday we reported that artist Richard Prince had just lost a copyright infringement lawsuit against a photographer he appropriated images from. Here’s an interesting snippet from an interview with Prince in which he shares his views on this matter:

Copyright has never interested me. For most of my life I owned half a stereo so there was no point in suing me, but that’s changed now and it’s interesting. I’m actually in the situation where I am being sued at the moment (by a French photographer I might add) for taking his original images and turning them into paintings. It’s something that’s really problematic for me because in a strange way now I find myself censoring things that I look at and it’s almost like I can’t do it anymore, because people know who you are. So sometimes it’s better not to be successful and well known and you can get away with much more. I knew what I was stealing 30 years ago but it didn’t matter because no one cared, no one was paying any attention. It was an attitude to do with the fact that I didn’t think there was a future.


Unfortunately that didn’t come true. I’ve now done these paintings based on Rastafarians. Basically I like the way things look; that’s all my decisions are about—if it looks good, it is good. So anyway, unfortunately I took too many of these Rastafarian (images) from this guy and I didn’t really even think to ask. I don’t think that way, it didn’t occur to me to ask him and even if I did and he said no, I still would have taken them. I figured I’d do them and maybe if he objected I’d deal with that later. I really like the Rasta paintings and that was the last body of work that I have done. I only pay attention to the negativity that people have [as] a way of explaining their feeling towards my work. I think they were described as ‘garbage,’ ‘the worst’ and ‘vomit.’ It’s funny because if this guy had let it alone, well it was a very unsuccessful body of work and it would have gone away….

This is from a guy who makes millions doing what he does.

Richard Prince (via The Online Photographer)