An old class photo taken in 1941 at Ralph Waldo Emerson Junior High School is about to be auctioned off, and it’s set to fetch quite a price. Why, you ask? Well, because a girl by the name of Norma Jeane Baker — who later became famous as Marilyn Monroe — both signed and was in the picture.

Set to be auctioned off to the highest bidder on May 5th, the class photo contains an inscription by then 15-year-old Norma Jeane, which reads:

A super, swell fellow
in fact really keen!
(I really mean it Geo.)

And here’s a larger photo of the inscription on the back: 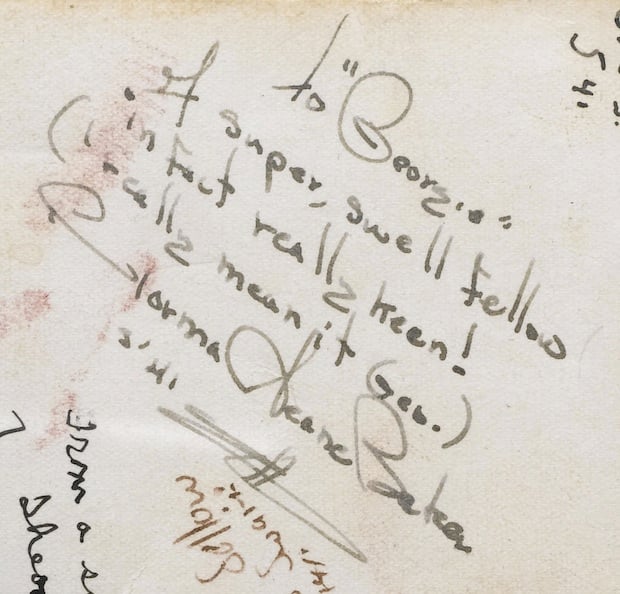 The photo is being sold by a private collector through Bonhams in LA, and is expected to fetch anywhere between $7,000 and $9,000. Sure, it’s no signed ‘Kiss in Times Square’ photo (one of those is expected to go for over $20,000 at auction at the end of May) but it still has some serious value for collectors.

It was taken only 4 years before Monroe signed with 20th Century Fox; 11 years before Life magazine described her as “the talk of Hollywood.” And when you factor in the fact that photos signed by Monroe as “Norma Jeane Baker” are extremely rare, the fact that it’s estimated to go for almost 10 grand starts to make sense.

Head over to Bonhams for more info and to keep an eye on the auction.