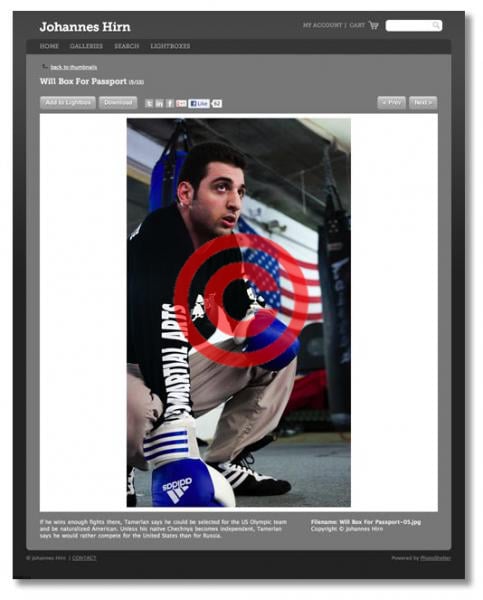 In 2010, then BU journalism student Johannes Hirn put together a photo essay titled “Will Box for Passport.” The essay was based around a boxer by the name of Tamerlan Tsarnaev, better known now as “Suspect #1” or the “Black Hat bomber” from the Boston Marathon bombing.

According to an NPPA report, once Tsarnaev and his younger brother were listed as suspects, several publishers both large and small found and began using content from the essay without ever ascertaining Hirn’s permission. All the while, Hirn was on the phone with his former BU professor Peter Southwick to figure out how he could properly license the images before websites and blogs began stealing them — it was already too late.

The report claims that several “large famous [websites] as well as personal blogs,” took screenshots of the pics on Hirn’s PhotoShelter website and began using them without ever seeking him out for permission. In the mean-time, legitimate organizations were trying to get in touch with Hirn, who turned out to be very difficult to reach. 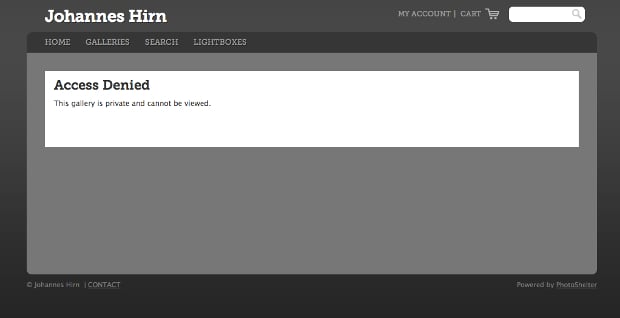 There are a few lessons to be learned here, not the least of which is to always use a watermark. It’s no excuse for the dishonest organizations that pulled photos from the site without permission, but even the outlets that sought permission couldn’t get ahold of Hirn and wound up using PhotoShelter to try and reach him. By the time PhotoShelter did (and it even took them a while), the majority of the damage was done and Hirn had already been forced to take the gallery down.

In correspondence with News Photographer, PhotoShelter CEO Andrew Fingerman — who spoke with Hirn personally — said that Hirn wished, in hindsight, that he had used a watermark, provided direct contact info through an “About Me” page, or taken advantage of PhotoShelter’s built-in capability to license images. Sadly, he did not, and as a result he found out how quickly an image can be stolen and distributed when you don’t take the proper precautions … and sometimes even when you do.